Hyperion’s striking inaugural vehicle is the culmination of nearly 10 years of development, testing, and research in hydrogen technology by over 200 researchers and scientists. This is the first chapter of the company’s long-term vision to harness electric energy with hydrogen technology. 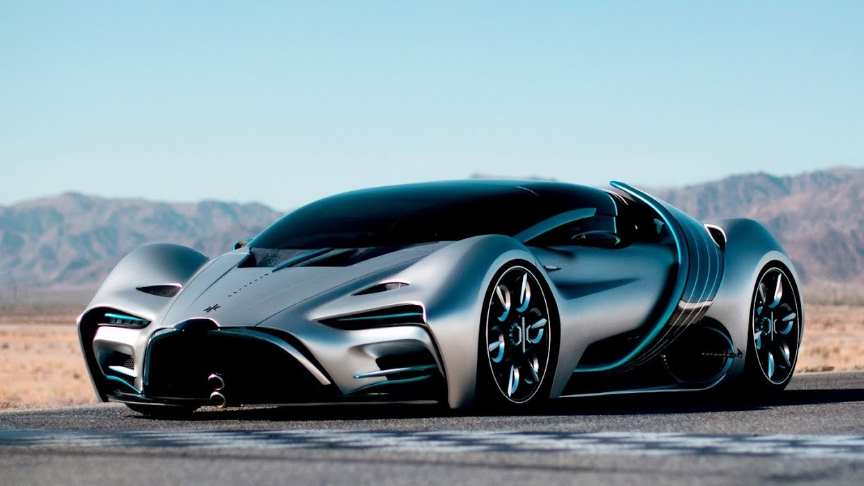 Hyperion XP1, is the first electric hypercar powered by hydrogen, an energy vector that until now has been proposed almost exclusively for heavy transport vehicles.The hydrogen fuel cell module of the Hyperion XP-1 generates electric power that motivates all four wheels, and there’s a three-speed transmission.

The layout lets the supercar hit 96 kilometers per hour in under 2.2 seconds. The top speed is estimated to be above 356 kph.Turn heads with the XP-1’s V-Wing doors inspired by the “Winged Victory of Somothrace.”

The XP-1 uses a carbon-titanium monocoque chassis with titanium-reinforced composting bodywork. The vehicle stores its hydrogen in carbon fiber tanks. Hyperion XP-1 is in fact equipped with active aerodynamic side palette able to improve the high-speed curves and palettes that are covered by solar panels.via/read more: hyperion