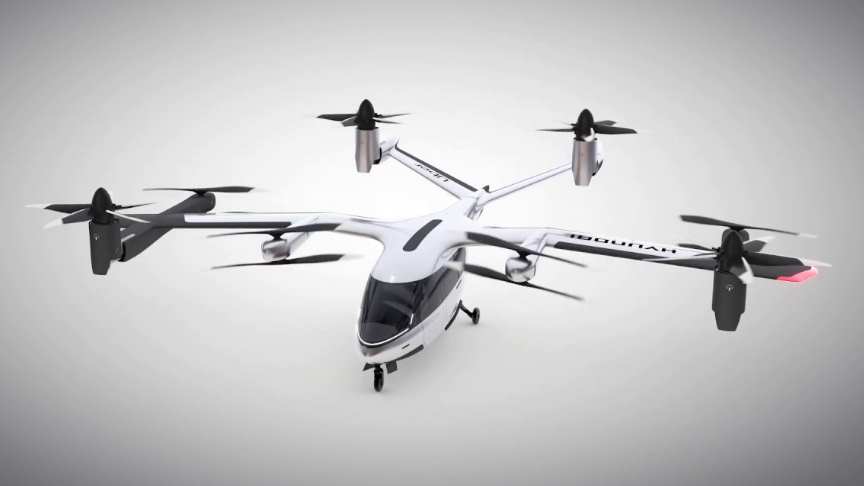 The Hyundai vehicle will be 100% electric, utilizing distributed electric propulsion and during peak hours will require about five to seven minutes for recharging.

Hyundai’s electric aircraft utilizes distributed electric propulsion, powering multiple rotors and propellers around the airframe to increase safety by decreasing any single point of failure.An emergency parachute will also be a standard feature in case a catastrophic would occur.

The model is designed to take off vertically, transition to wing-borne lift in cruise, and then transition back to vertical flight to land.The Hyundai vehicle will be piloted initially, but over time they will become autonomous. The cabin is designed with four passenger seats, allowing riders to board / disembark easily and avoid the dreaded middle seat with enough space for a personal bag or backpack / rider.