The Identified Flying Object by Lazzarinidesign is a futuristic two-seater drone designed for the easy and fast transport of passengers by air. I.F.O. Stands at 10 ft (3 meters) tall and can hold two passengers.The I.F.O. is a design concept for a two passenger multicopter made of carbon fiber for light weight and strength which has eight electric propellers and motors for propulsion. 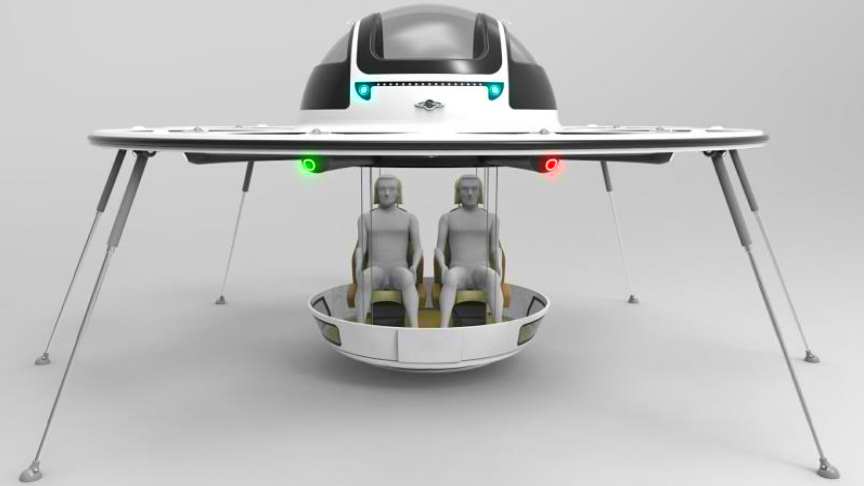 The aircraft has two parts, the passenger compartment and the flat disk holding the electric propellers. Getting inside the cockpit is quite easy with the built-in elevator that descends the seats for the passengers to take.

The vehicle’s flight is powered by eight electric engines and multiple batteries. The battery life is expected to last from sixty to seventy minutes.Different energy resources are provided from various batteries located in the disk and with an additional battery pack placed at the center of the capsule body.

The estimated flight autonomy ranges between sixty and seventy minutes. The vehicle can reach a top speed of 120 mph (190 km/h).. The cockpit holding the passengers is expected to detach from the base holding the engines. It will next release a parachute that will safely bring the capsule to safety.//lazzarinidesign