A fire engine is a road vehicle usually a truck that functions as a firefighting apparatus. The primary purposes of a fire engine include transporting firefighters and water to an incident as well as carrying equipment for firefighting operations. 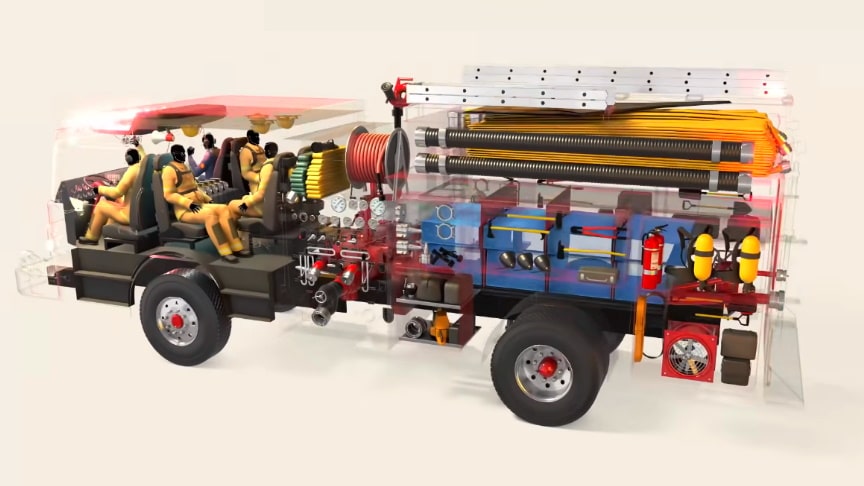 The design and construction of fire engines focuses greatly on the use of both active and passive warnings.The standard fire engine transports firefighters to the scene, carries equipment needed by the firefighters for most firefighting scenarios, and may provide a limited supply of water with which to fight the fire.Watch the video from Animagraffs for more info:

Some fire engines have a fixed deluge gun, also known as a master stream, which directs a heavy stream of water to wherever the operator points it. An additional feature of engines are their preconnected hose lines, commonly referred to as preconnects.

The preconnects are attached to the engine’s onboard water supply and allow firefighters to quickly mount an aggressive attack on the fire as soon as they arrive on scene.[7] When the onboard water supply runs out, the engine is connected to more permanent sources such as fire hydrants or water tenders and can also use natural sources such as rivers or reservoirs by drafting water.via/read more: wikipedia