So, what did the Bennie Railcar actually look like? It was cigar-shaped, reminiscent of a small submarine or robotic underwater vessel. For its time it was cutting-edge in design and could be described as elegant and streamlined, looking also somewhat like an airship gondola. 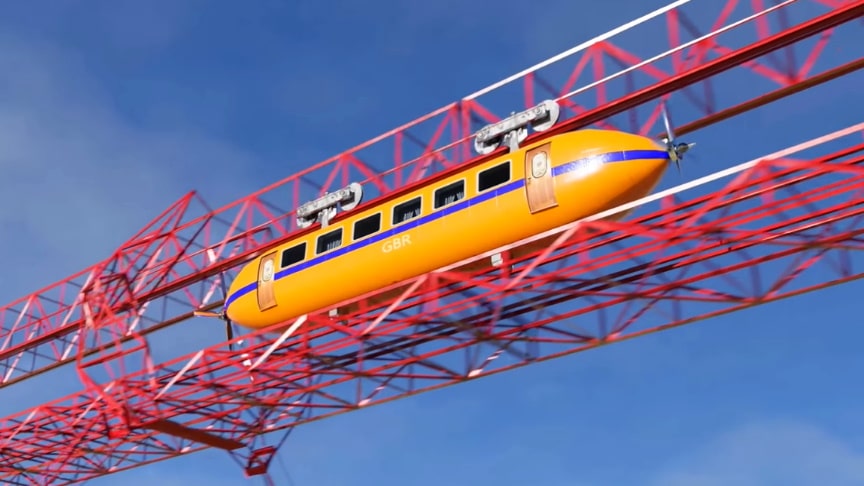 The mechanics of the Railcar were fairly simple: it ran along the underside of an overhead monorail, very much like monorails seen at airports and amusement resorts today. Two bogies with wheels, also known as ‘trucks, and which you’ll remember were referred to in the patent, were attached to the top rail so that the railcar could be held securely in place.

Wheels which rested on another rail would be suspended 16 feet above the ground . These wheels helped stabilise the train when in motion.Critically for its design, the railcar would be moved by propellers powered by on-board motors. The Bennie Railcar had two aircraft propellers, one on each side.

The propellers could be reversed, It was these two aircraft propellers that not only made the train unique in design concept, but also gave it its name — the Railplane.The train also featured a braking system on the top rail that would hold the train steady at stations. The prototype Bennie Railcar at Milngavie was finally opened to the public on July 8th 1930. A test run was done with journalists and guests on board. Although the prototype didn’t exceed 50 miles or 80 kilometres an hour, the test was still a smashing success./Found And Explained