His best thinking happens during the third movement of Beethoven’s Fifth, in a gold-plated room and when he’s mere moments from death.He regularly appears on Japanese talk shows demonstrating his inventions. 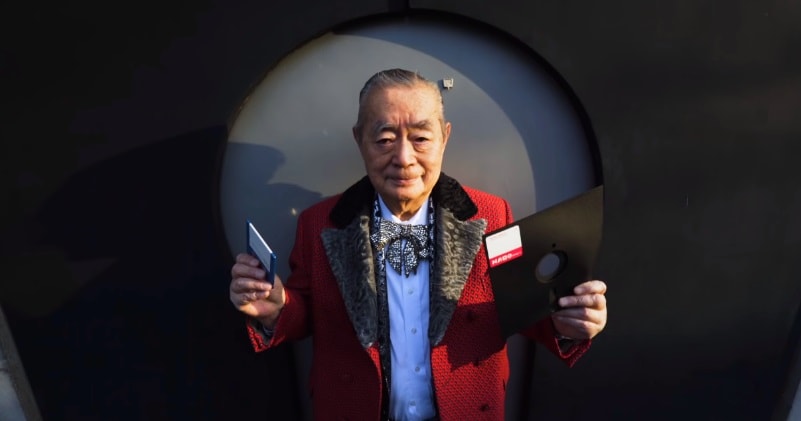 He writes his name “Nakamats,” but that’s Dr. Nakamatsu to you. He’s dapper, 91 years young and holds over 3,500 patents. Take that, Thomas Edison!

Among Nakamatsu’s early inventions is the Shoyu Churu Churu, a siphon pump used in the home to move soy sauce from large containers to smaller vessels for cooking and serving.

Dr.Nakamatsu claims IBM reached licensing agreements with him in the late 1970s.He also claims to have licensed his floppy disk to IBM in 1979, but that the details are “confidential”.