Build by Luis Rodriguez, the 2 Jet Z is a cross between a jet airplane a race car and a car that can be driven on the streets.It’s a unique build for sure and we are excited to see what it looks like in toy form. 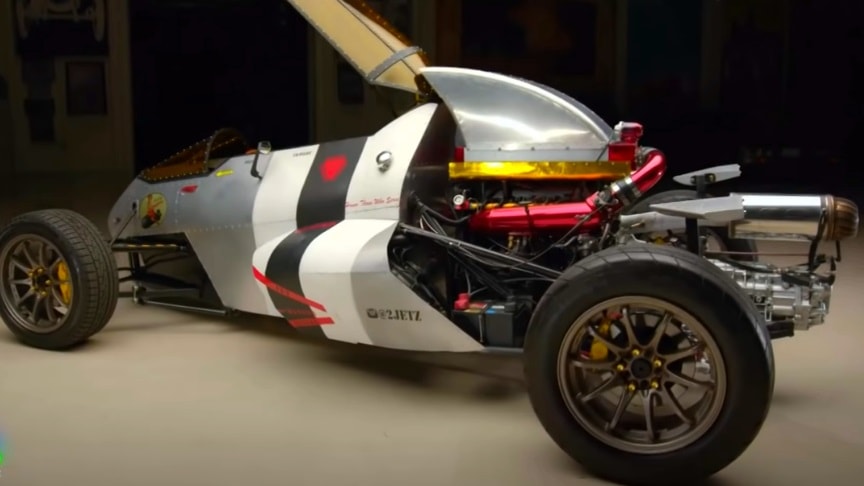 The chassis consists of a chrome-moly frame and the body is made of aluminum panels. You will not find doors in it but a real cockpit, which gives you the feeling of being in a jet fighter.

“It really is a low-flying jet; it’s unbelievable,” Leno said from behind the wheel. “It’s a real car. It’s not some prototype you have to push onto the stand.” As the name suggests, the Two Jet Z uses a Toyota 2JZ from a Supra.

For normal driving in the city, the Two Jet Z only has 525 hp. At the push of a button, however, the boost increases and rises to 627 hp.The stainless-steel vegetable steamer mounted to the exhaust is intended to mimic a jet turbine exhaust from an actual fighter jet which is linked to the gas pedal via cable so that it opens and closes with throttle inputs.