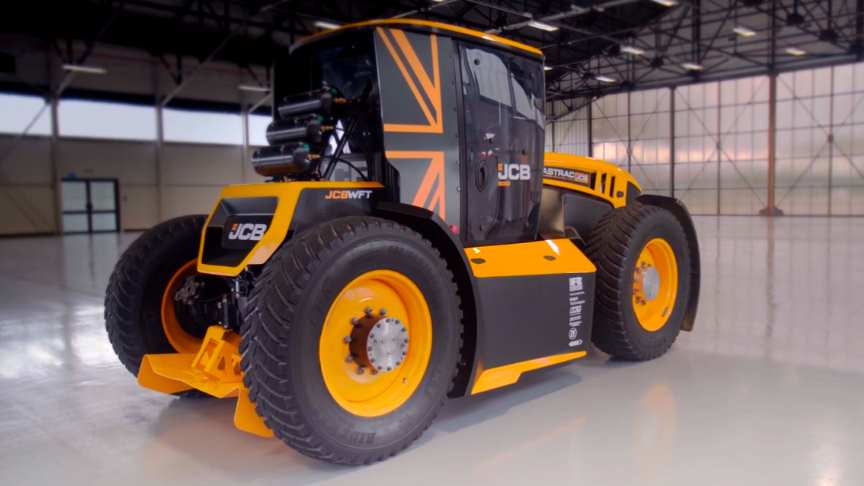 Not only that, the Fastrac Two was clocked at a peak speed of 153.771 mph The airfield was originally used by the RAF during WW2 and has a runway measuring 1.92 miles, one of the longest in Britain. Consequently, it has proved a popular location for speed tests and has a history of record-breaking attempts.

Fastrac Two had more horsepower using JCB’s 7.2 litre, Dieselmax engine produced at the JCB Power Systems factory in Derbyshire. It was also 10% lighter and even more streamlined with improved aerodynamics, but still used over 50% of standard Fastrac parts.We Increased the power of the Fastrac’s 6 cylinder, 284hp engine by fitting a JCB 672 engine with over 1,016hp and over 2,500Nm of torque, creating the extra performance we needed.

We needed to reduce the standard weight of a Fastrac from over 8.5t to around 5t; the equivalent of a mini and a range rover combined.