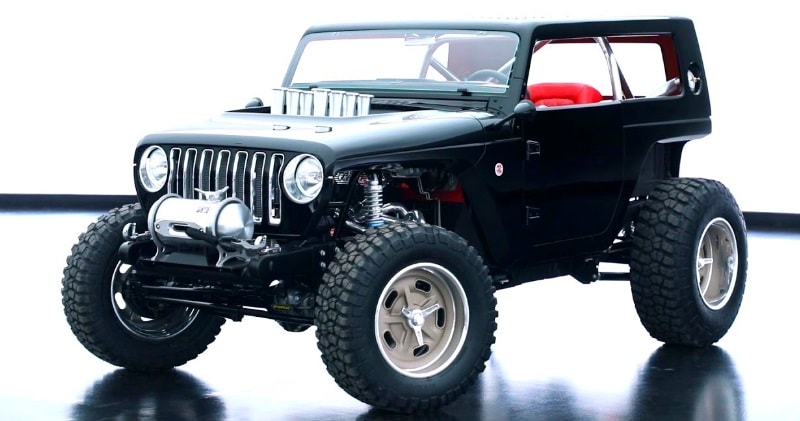 A “peekaboo” cutout in the hood and gasser-style downturned open headers add to the vintage hot rod feel.This Wrangler-based concept features a longer wheelbase, with trimmed front and rear body and a chopped hard top and windshield.via: Car TV