Litestar is a new generation of electric vehicles. A motorcycle to be more specific. But what’s more interesting about the Litestar is that it’s built from a jet design. 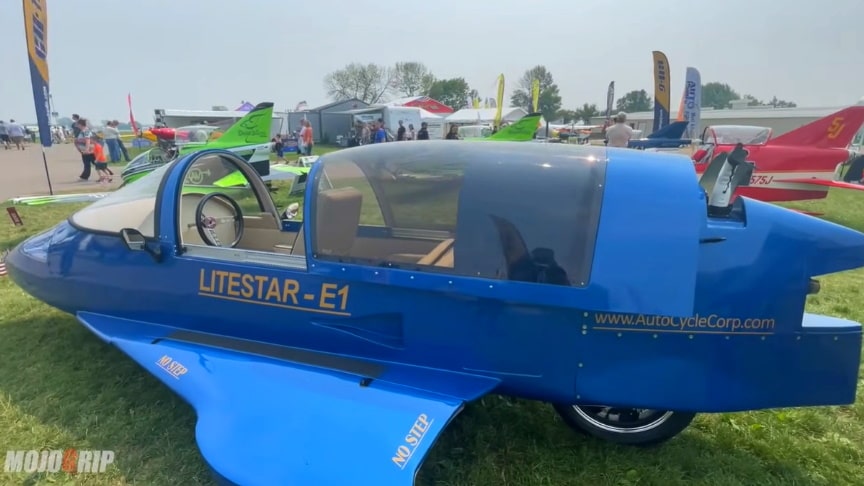 The Lite Star features a strut-braced high-wing, a single-seat, a two-seats-in-side-by-side configuration enclosed cockpit that is 39.8 in wide, fixed conventional landing gear and a single engine in tractor configuration.

The aircraft fuselage is made from welded 4130 steel tubing, with the wing constructed from aluminum sheet, with its flying surfaces covered in doped aircraft fabric.