This lockheed concept jet can not only fly at Mach 2.2, but land vertically using 1950s engine technology.It would have been able to fly longer ranges, intercept enemy bombers and even deliver an atomic payload. But it never made it off the drawing board and was considered too advanced for its time,This is the story of the never-built, mysterious, CL-346. 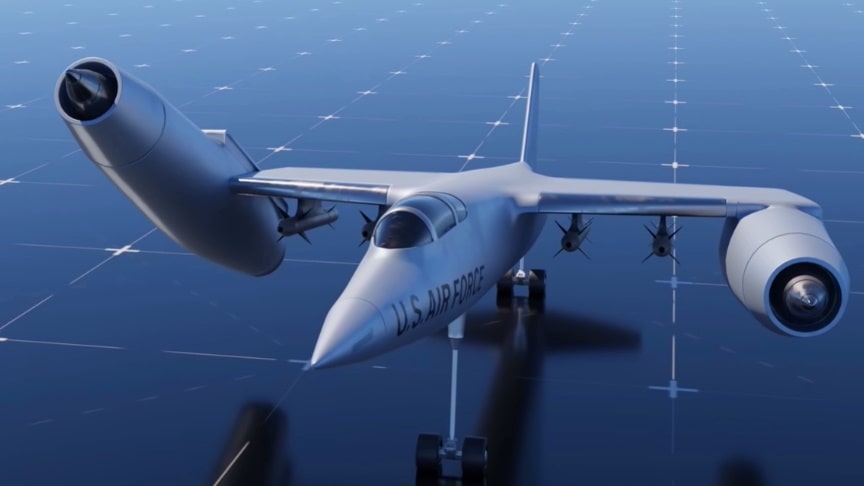 The jet would need to vertical take off and land at 2000 feet above sea level, at exactly 90 degreesDelivery nuclear weapons of at least 1000 pounds, visually dropping it like a bomber. Or alternatively, load four sidewinder missiles for anti-bomber duties
Fly at least over mach 1 at sea level, and over mach 2 at 35,000 feet.

Fly to a top altitude of 60,000 feetAnd capable of supersonic flight at high altitude, and subsonic slow flight under 300 feet. Obviously, considering the last two specifications this would be a given but its interesting that the air force took the time to list it.
Have a range to fly 2132 nautical miles, 3948 kilometers, and then return to base. Or be able to fly at least 3600 nautical miles, 6667 km, fully loaded with no return.

This jet, called the CL-346.It was a high wing monoplane with a low-horizontal tail service. It would have two General Electric J79-X207 engines mounted in its wingtip nacelles. The engines would have allowed normal supersonic flight, which i’ll get to in a minute, but be able to rotate to allow vertical landing. At sea level, the C-346 would have had a top speed of Mach 1, or 1225.04 kph, and then a very fast Mach 2.2, 2450.09 kph, at 35,000 feet. via/read more: Found And Explained