This plane was so big, that you could take your car with you as luggage and fly to Europe for only 75 dollars. It could transport 1000 passengers, take off and land on any surface and had the sinister motive to force rival Boeing into bankruptcy and end the 747 series. This never built monster was called the Lockheed L-500. 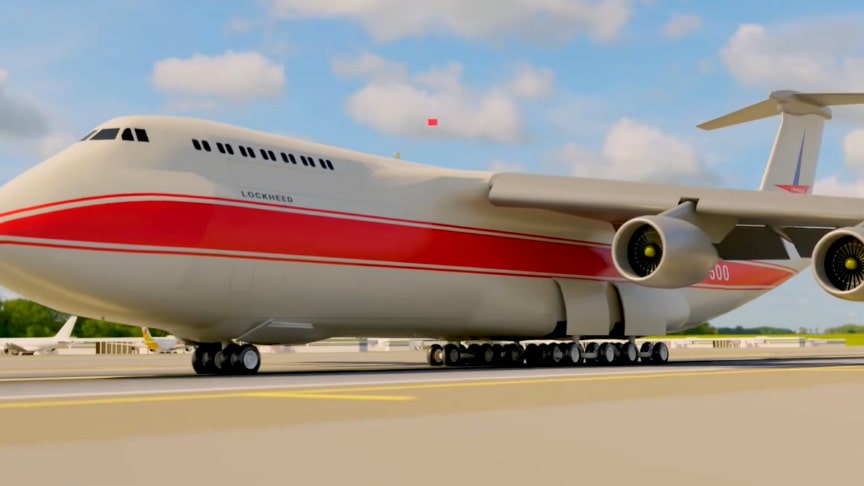 In 1968, the first supermassive C-5 galaxy took to the sky flying US airforce colors. For some, it marked the start of a new age of military transport, but for others at Lockheed, it represented the future of the civil aviation market.One that would put them back on top, dominate flights between New York and London, and prevent the 747 from ever taking flight.

Lockheed planned to put out a nonmilitary version of the C-5—the L-500—by 1971. This would be a meer year after the Boeing 747 would reach the market, and Lockheed knew that it would cut off the rival at the pass – thanks to its existing production line for the military version.

In an all-passenger configuration, the L-500 could conceivably carry up to 1,000 people, which would allow airlines to slice New York-London fares as low as $75. The L-500 would have a range of 4,800 nmi (5,500 mi, 8,900 km), and be able to fly at a speed of Mach 0.79, or 830km/h – which you will note is a tad slower than other commercial jets of the time – like the Boeing 707.Passengers would be sat on three decks, with economy passengers on the bottom, business in the middle deck and then first class on the top deck./via/read more: Found And Explained