Just one speaker can reproduce an entire orchestra of sounds. How is this possible? The design is deceptively simple, with incredibly complex potential.A loudspeaker is an electroacoustic transducer, a device which converts an electrical audio signal into a corresponding sound. The most widely used type of speaker is the dynamic speaker. The sound source must be amplified or strengthened with an audio power amplifier before the signal is sent to the speaker. 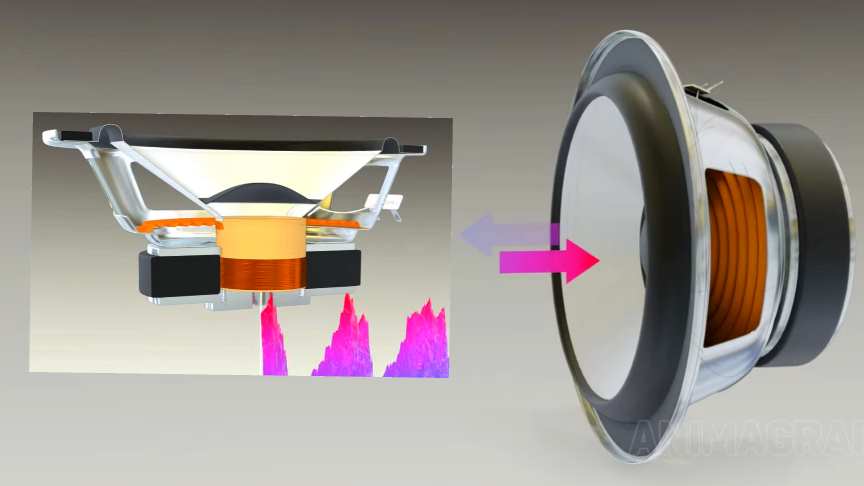 The most common type of driver, commonly called a dynamic loudspeaker, uses a lightweight diaphragm, or cone, connected to a rigid basket, or frame, via a flexible suspension, commonly called a spider, that constrains a voice coil to move axially through a cylindrical magnetic gap.

A protective cap glued in the cone’s center prevents dust, especially iron filings, from entering the gap. When an electrical signal is applied to the voice coil, a magnetic field is created by the electric current in the voice coil, making it a variable electromagnet. This moves the coil back and forward, pulling and pushing the loudspeaker cone. Like a drum skin vibrating back and forth, the moving cone pumps sounds out into the air.//wikipedia