With the M3 Amphibious Rig over the Weser river: 4 Amphibious bridging vehicles were joined to set up a ferry service for a bicycle festival at the ferry terminal in Großenwieden, Germany. For the first time, the pioneers of the German Bundeswehr were supported by British soldiers. 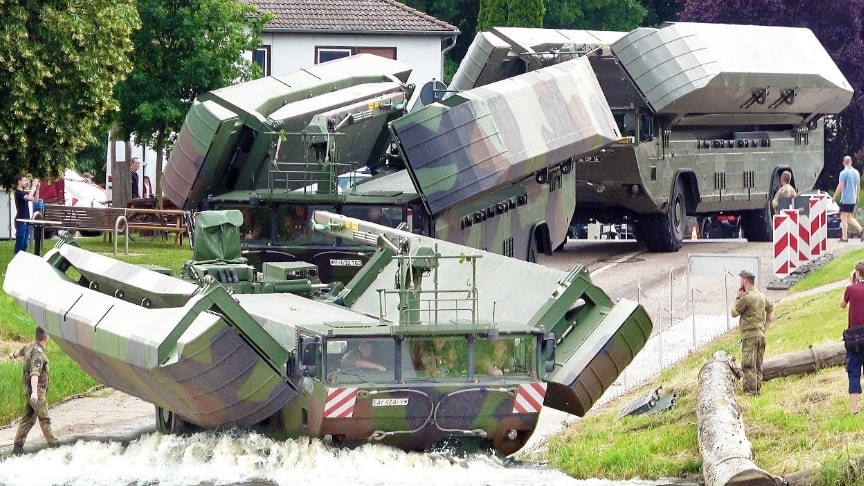 The 360 ​​hp amphibious vehicle has a 360-degree rotating jet propulsion system at the bow and stern. In ferry mode, up to 63.5 tonnes of payload are possible. The maximum speed in the water is 14 k.p.h.

The M3 is self-deployable by road, operating as a 4×4 wheeled vehicle with a maximum road speed of 80 km/h. It is driven into the water for amphibious operation.

For which it deploys two large aluminium pontoons, unfolding them along the length of its hull. In water, the M3 is propelled and steered by 2 fully traversable pump jets at speeds of up to 14 km/h.