Flywheel energy storage works by accelerating a rotor flywheel to a very high speed and maintaining the energy in the system as rotational energy.A typical system consists of a flywheel supported by rolling-element bearing connected to a motor–generator. The flywheel and sometimes motor–generator may be enclosed in a vacuum chamber to reduce friction and reduce energy loss. 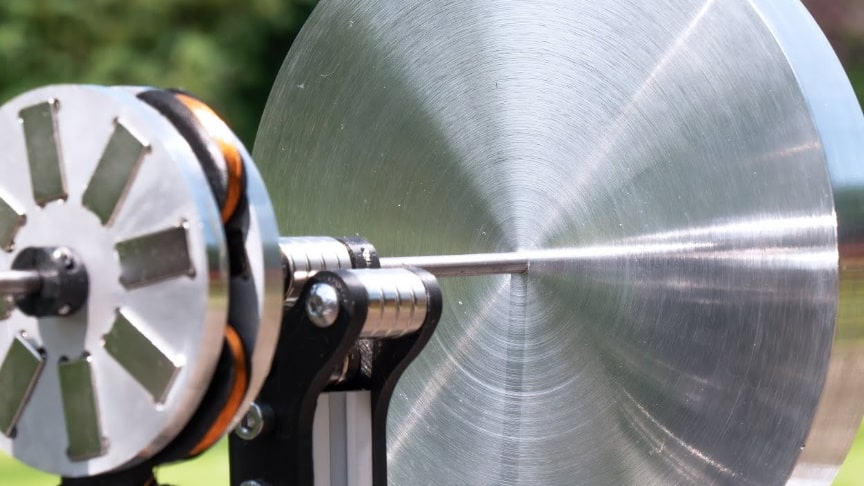 Flywheel energy storage systems using mechanical bearings can lose 20% to 50% of their energy in two hours.Much of the friction responsible for this energy loss results from the flywheel changing orientation due to the rotation of the earth.Watch the video from Tom Stanton where he has built a model Flywheel Battery experiment.

The flywheel itself is just a heavy aluminum disc on a shaft, with a pair of bearings on each side made of stacks of neodymium magnets. An additional low-friction thrust bearing at the end of the shaft keeps the systems suitably constrained, and allows the flywheel to spin for twelve minutes or more.

This change in orientation is resisted by the gyroscopic forces exerted by the flywheel’s angular momentum, thus exerting a force against the mechanical bearings. This force increases friction.via/read more: wikipedia 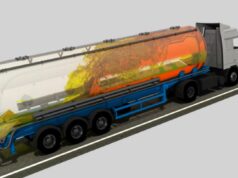