Makani’s airborne wind energy technology integrates advances in aerospace engineering, materials science, and autonomous controls. Makani is developing energy kites that use a wing tethered to a ground station to efficiently harness energy from the wind, generating electricity at utility-scale. 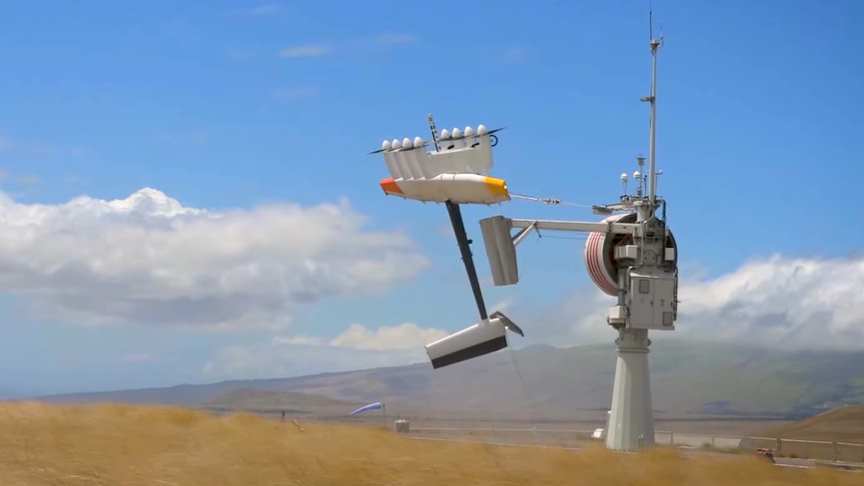 As the kite flies autonomously in loops, rotors on the wing spin as the wind moves through them, generating electricity that is sent down the tether to the grid. The low mass of Makani’s system unlocks wind energy resources in areas offshore that are not economically viable for existing technologies.

Harnessing energy from the wind in new places means more people around the world will have access to clean, affordable wind power.

The electricity is transmitted to the ground via an electrical cable within the kite’s tether.In December 2016, Makani operated for the first time a 600 kW prototype with 28 meter wing span.”We successfully demonstrated our airborne wind power system offshore in 2019.”