JOHN always wanted to build a Mako Shark. So when he found this abandoned model sitting alone in a field with no rear end and no front clift it was a no brainer: he gave the lost Mako a Mako-ver! 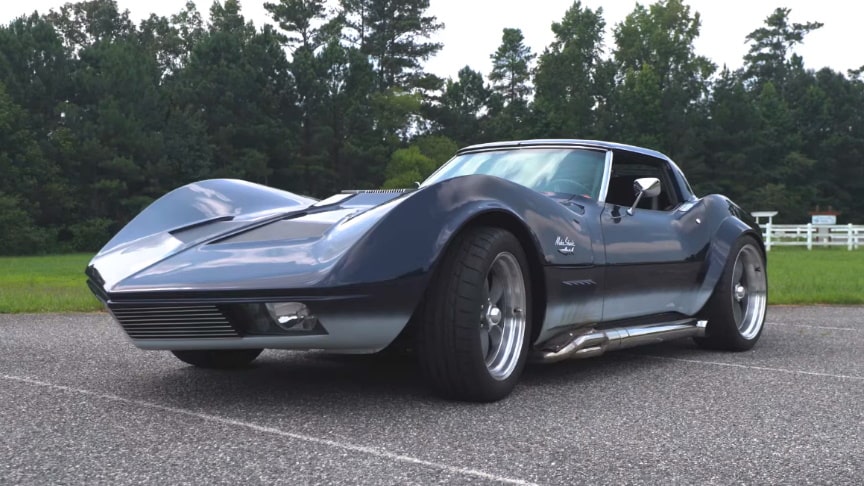 Mako Shark was a futuristic concept designed by GM. Although it never made it to market, a watered-down design eventually resulted in the production vehicle, the C3 Corvette.

Open the doors and you’ll see that John’s interior is a blast from the past, he’s kept everything original except the plush black leather seats which are from the 80s.

It would be easy to remove the plexiglass bottom and look at the pavement. ‘it’s like a unicorn’ John says, apparently a lot of people ask him if they can touch it. He calls it ‘the Michelangelo of rolling art’.//