The Mars2020 Perseverance Rover took about 8 years to complete here on Earth. Built at the Jet Propulsion Laboratory (JPL) in Pasadena, California. 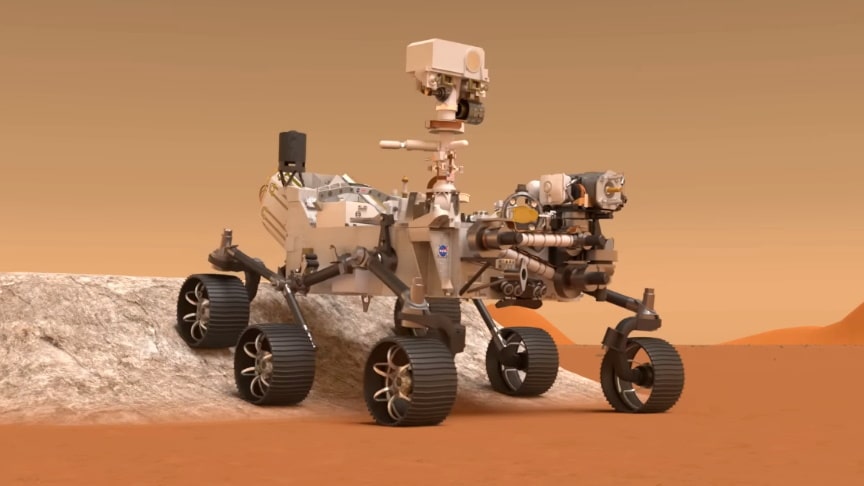 Then it was shipped to Kennedy Space Center in Florida where it was launched. It took 7 months to get to Mars. Parts of the spacecraft include Cruise Stage, Backshell, Descent Stage, Perseverance, and the Heat Shield.

Getting to the Surface of Mars is called EDL – Entry, Descent, and Landing. This must happen autonomously. The main purpose of the rover is to search for signs of life.

Scientific instruments include SuperCam, MastCam-Z, MEDA, SHERLOC, WATSON, PIXL, MOXIE, and RIMFAX. The rover also brought along a helicopter called Ingenuity. This is the first helicopter to fly on another planet!/Jared Owen