Masten teamed up with Honeybee Robotics and Lunar Outpost to design a new Rocket Mining System that can rapidly extract frozen volatiles from the Moon. 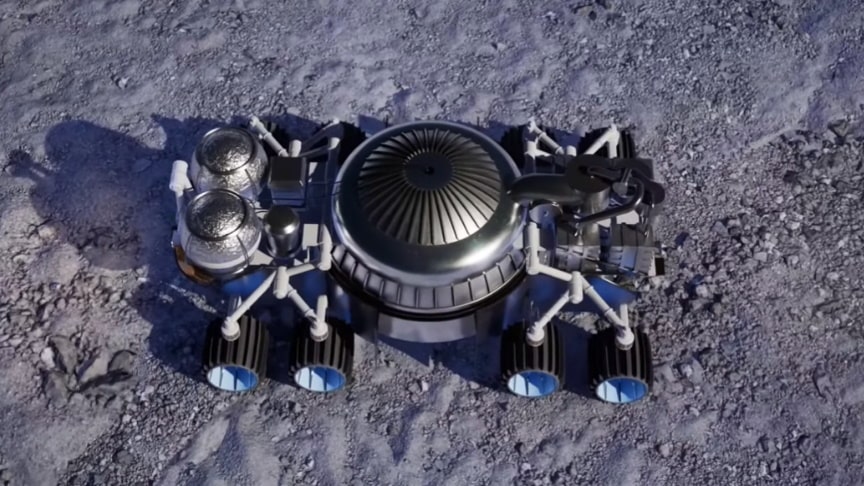 This method disrupts lunar soil with a series of rocket plumes that fluidize ice regolith by exposing it to direct convective heating.It utilizes a 100 lbf rocket engine under a pressurized dome to enable deep cratering more 2 meters below the lunar surface. Watch the video from mastenspace for more info:

During this process, ejecta from multiple rocket firings blasts up into the dome and gets funneled through a vacuum-like system that separates ice particles from the remaining dust and transports it into storage containers.

The small, low mass system, including the rocket fuel, engine, collapsible dome, and storage containers, can be attached to a rover and delivered to the Moon on Masten’s lunar landers. The system is projected to mine up to 12 craters per day and produce 100 kg of ice per crater. That would allow us to recover more than 420,000 kg of lunar water per year!