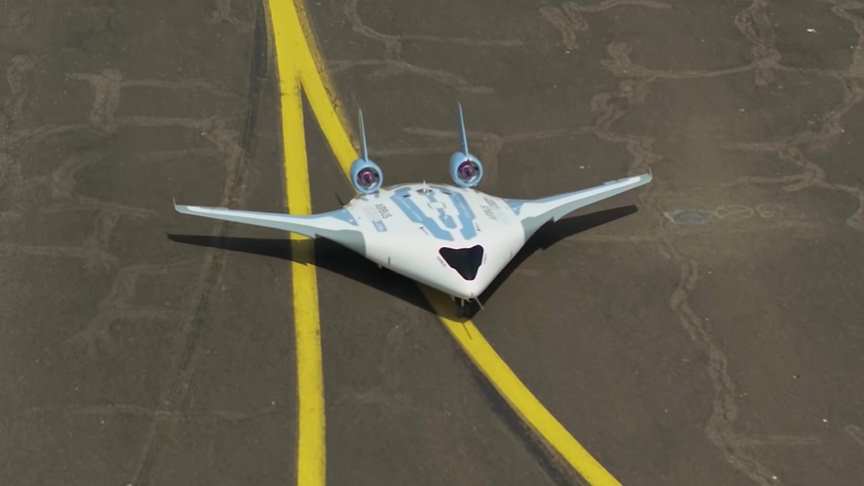 At 2 metres long and 3.2 metres wide, with a surface area of about 2.25m², MAVERIC features a disruptive aircraft design, that has the a potential to reduce fuel consumption by up-to 20 percent compared to current single-aisle aircraft.

The “blended wing body” configuration also opens up new possibilities for propulsion systems type and integration, as well as a versatile cabin for a totally new on-board passenger experience.

The MAVERIC is more like a delta wing, an aircraft model based on a single wing in an isosceles triangle the purpose of the miniature airplane test is to study propulsion and other systems for an airframe of the aircraft.Airbus