A scale or balance is a device to measure weight or mass. These are also known as mass scales, weight scales, mass balances, weight balances.A spring scale or spring balance or newton meter is a type of mechanical force gauge or weighing scale. It consists of a spring fixed at one end with a hook to attach an object at the other. 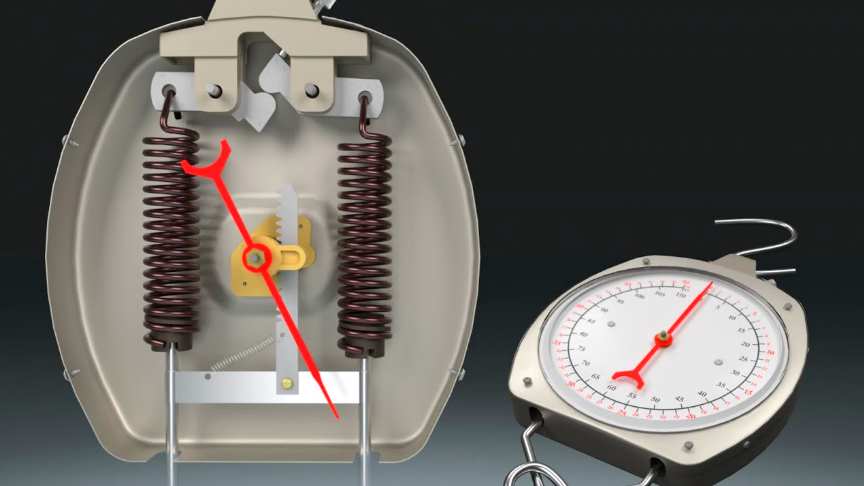 It works by Hooke’s Law, which states that the force needed to extend a spring is proportional to the distance that spring is extended from its rest position. Therefore, the scale markings on the spring balance are equally spaced. A spring scale cannot measure mass, only weight.

A spring balance can be calibrated for the accurate measurement of mass in the location in which they are used, but many spring balances are marked right on their face “Not Legal for Trade” or words of similar import due to the approximate nature of the theory used to mark the scale.

Also, the spring in the scale can permanently stretch with repeated use.Topics explored in this video: Hooke’s Law, elastic limit, rack and pinion, calibration, hanging scale, and floor scale./Jared Owen