In Northern Spain, small farmers have stored their crops in “hórreos”- a granary raised on pillars – since the 13th century. Mainly found in regions like Asturias and Galicia, this construction is now part of the architectural heritage and is protected by the government. Many homeowners have restored these elevated structures for storage, parking (underneath) or even as tiny cabins. 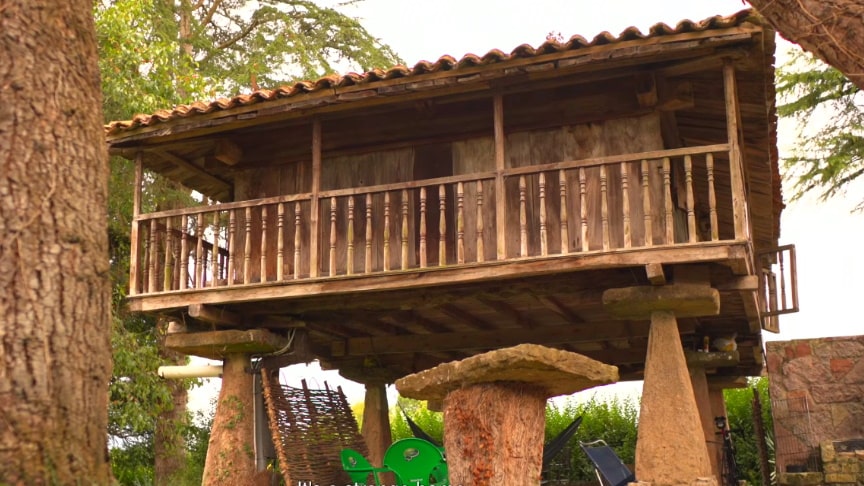 In the 1980s, Pedro’s father took two hórreos and joined them to create a small summer cabin for the family. The resulting structure is called a “panera” since hórreos have 4 pillars (or “pegollos” in Asturian) and paneras have 6 pillars.

Pedro gave us a tour of the 33-square-meter space which he rents out on Airbnb. It’s surprisingly spacious with two bedrooms (one with a full bed and the other with a bunkbed), a bathroom (complete with shower) and a kitchen (which includes an escañu: an Asturian bench that with an attached table that can be raised or lowered for different uses).

Pedro’s home is unique, even to the area: there are thousands of hórreos in Asturias and Galicia and likely less than a few hundred are now used for housing, but given the delicate state of the architecture, some are trying to change this. via/read more: Kirsten Dirksen