He’s the cameraman, editor and director. He sometimes even acts. Meet Isaac Nbwana, the founder and creator of Wakaliwood, a DIY production house based in the slums of Uganda. 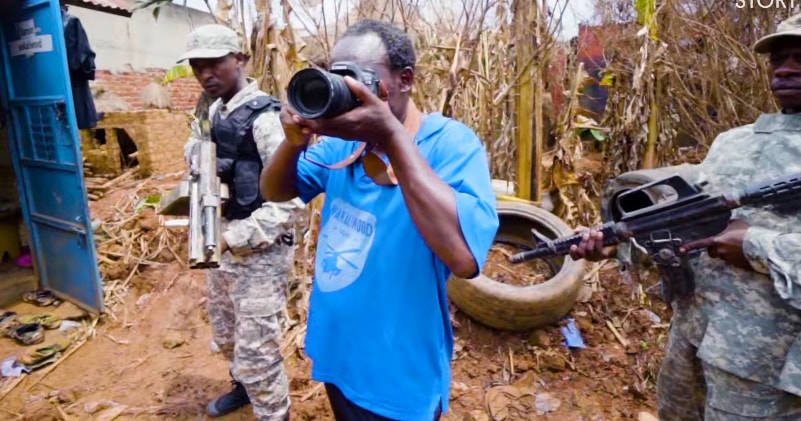 With budgets of no more than $200, Nbwana has created viral movies that have put Wakaliwood on the map. Actors from all over the world come to work on Nbwana’s films, which are all inspired by his home in Wakaliga, a slum in Kampala.

With more than 40 films to his credit, Wakaliwood has taken Uganda by storm. One look at the finished product and you’ll understand just how special these films are.

The studio makes props and jibs out of DIY parts, which commentators have compared to the early days of Hollywood. Among the studio’s props is a full sized helicopter frame that has become a staple in all Wakaliwood films. Nabwana shoots and edits his films using old computers that he assembles.