The Mini-Trac was a modified Mini Morris 850 equipped with tracks for use in Antarctica . The Mini-Tracs were produced by Terry O’Hare on behalf of the Australian National Antarctic Research Expeditions.A look at the history of the ‘Mini Trac’, a beautiful and bizarre attempt at crossing a Mark 1 Mini with snow-capable tracks! It was mad, quirky and a pretty big failure. 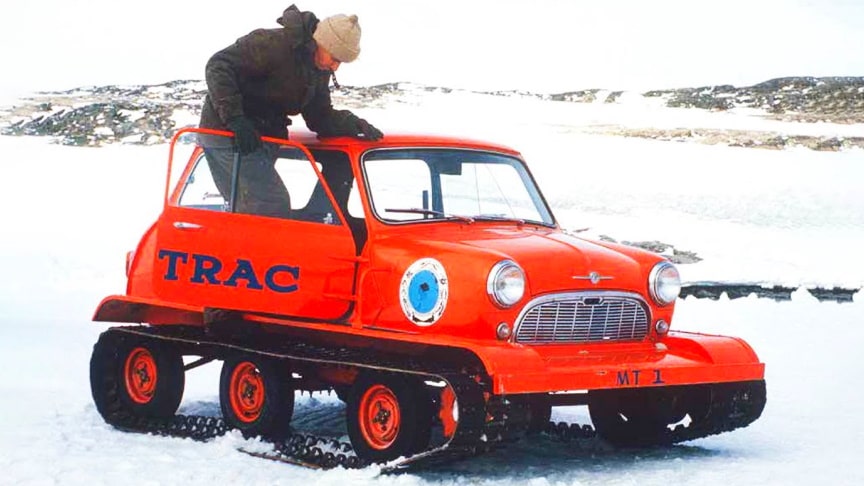 The vehicle consisted of the body of a Morris 850 and the track undercarriage of a Snow-Trac ST-4 . The engine was replaced by the larger engine from a Morris 1100 , as the stock engine was underpowered.

The result was a power of 50 hp and a torque of 81 Nm. The wheel arches were alsomade flush with the rest of the bodywork. A heater was added in the cab and the steering wheel was replaced by two vertical levers to turn left and right.

The four seats were retained, as was the standard four-speed gearbox. The standard drum brakes were used for braking, but only the brakes on the rear wheels were used. Furthermore, the vehicle was fitted with three standard wheels on both sides as part of the tracked chassis.//Calum