A circuit breaker is an automatically operated electrical switch designed to protect an electrical circuit from damage caused by excess current from an overload or short circuit. Its basic function is to interrupt current flow after a fault is detected. The MCB is an electromechanical device which guards the electric wires &electrical load from overcurrent so as to avoid any kind of fire or electrical hazards. 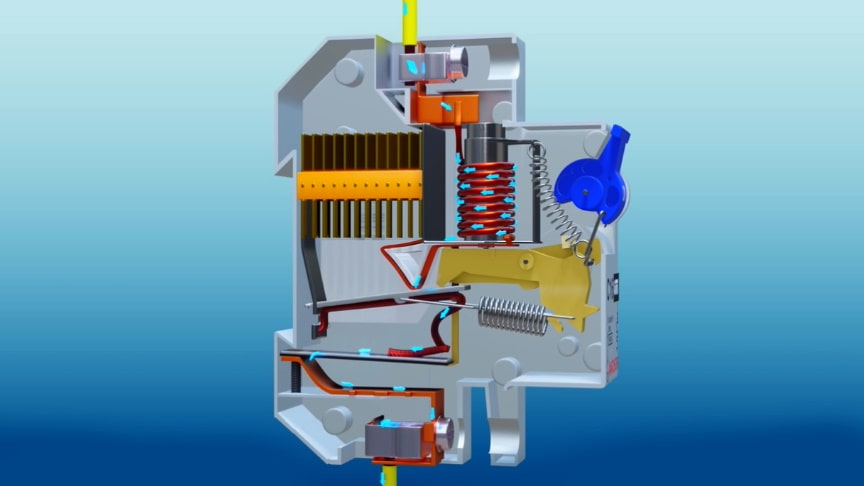 The MCB automatically switches OFF electrical circuit during any abnormal condition in the electrical network such as overload & short circuitconditions.MCB can be reset very fast & don’t have any maintenance cost. MCB works on bi-metal respective principle which provides protection against overload current&solenoidshort circuit current.The switching system consists of a fixed and a moving contact to which incoming and outgoing wires are connected.

The metal or current carrying parts are made up of electrolytic copper or silver alloy depending on the rating of the circuit breaker.The trip unit is the main part, responsible for its proper working. There are two main types of trip mechanism. A bi-metal provides protection against overload current and an electromagnet provides protection against electric short-circuit current.

The magnetic tripping arrangement essentially consists of a composite magnetic system that has a spring loaded dashpot with a magnetic slug in a silicon fluid, and a normal magnetic trip. A current carrying coil in the trip arrangement moves the slug against spring towards a fixed pole piece. So the magnetic pull is developed on the trip lever when there is a sufficient magnetic field produced by the coil.//wikipedia