In 2002, when the modern Tiny House Movement was in its infancy, Minnesota architect Geoffrey Warner conceived of a tiny prefab home for a client who wanted an affordable retreat. Naming it weeHouse, Warner went on to use the simple box design in prefab variations across the U.S. 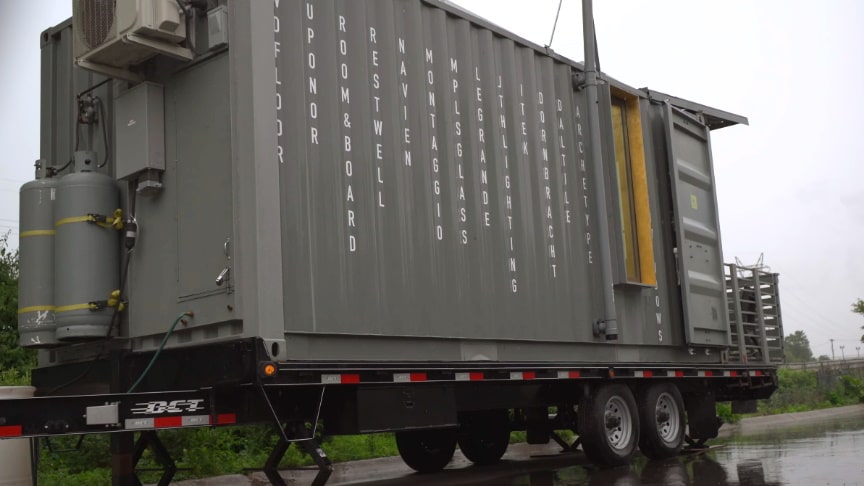 In 2016, Warner and his team at Alchemy Architects transformed a shipping container into a mobile hotel. Touching down in a dozen locations across Saint Paul and Minneapolis, the lightHotel celebrates both the forgotten, and celebrated, corners of the Twin Cities.

Warner calls the roaming hotel an “art project”, explaining “one of the issues with shipping containers is they don’t make good buildings, and I know that because we do modular houses which people mistake for shipping containers. The difference is when you make a house from scratch you’re giving it a really good envelope, really good insulation, the structure where you need it, etcetera.”

Inspired by the lightHotel, Alchemy has developed a non-container modular home, the lightHouse. Better suited to Minnesota winters, this 400-square-foot home/cabin or ADU comes with Passive House windows and 12″ SIP floor, wall, and ceiling panels./Kirsten Dirksen