Thanks to new extra-large 3D printers, it’s now possible to print a house with a machine that extrudes a material – usually concrete/cement or a polymer, but more lately even earth – in an entirely additive process so there is exponentially less waste in construction. 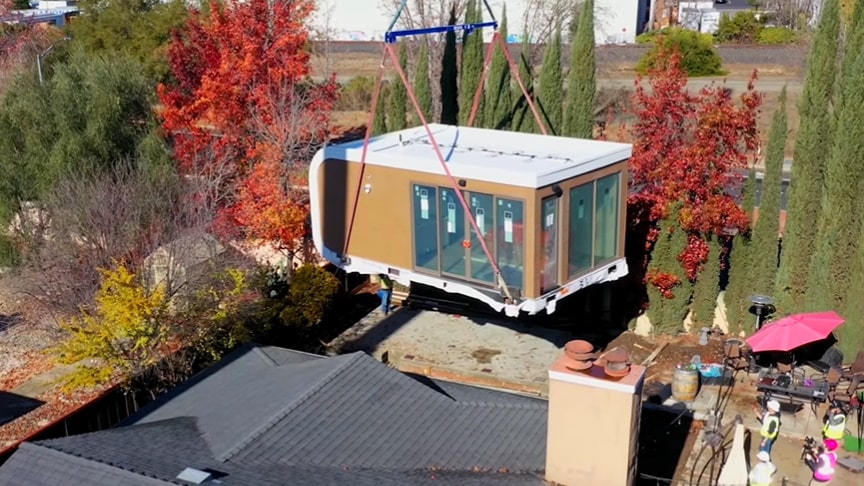 Mighty Buildings can print a home in just 24 hours in their Oakland, CA factory using a thermoset polymer composite that is cured with a UV light (on the printer head). The process is fast enough for the material to support its own weight allowing for organic shapes but slow enough that there is cohesion between layers.

To launch 3D printed homes with their iterative approach they began selling units with just a printed curved wall that were sized to be dropped into backyards as ADUs (Accessory Dwelling Units). And now, they have begun selling kit homes so anyone can customize their own printed home.

“The idea here is instead of delivering fully finished modules, we actually deliver a flat-pack panel system similar to a Sears Kit Home from the ‘20s and ‘30s, but updated for the 21st century.” Ruben calls it a “SIPS panel on steroids” because unlike a SIPS panel it can be used as an exterior cladding with a finish that acts as an air, water, vapor, and fire barrier./Kirsten Dirksen