GOING off-road in a classic British family car has become a daily pastime for one New Zealand mechanic. 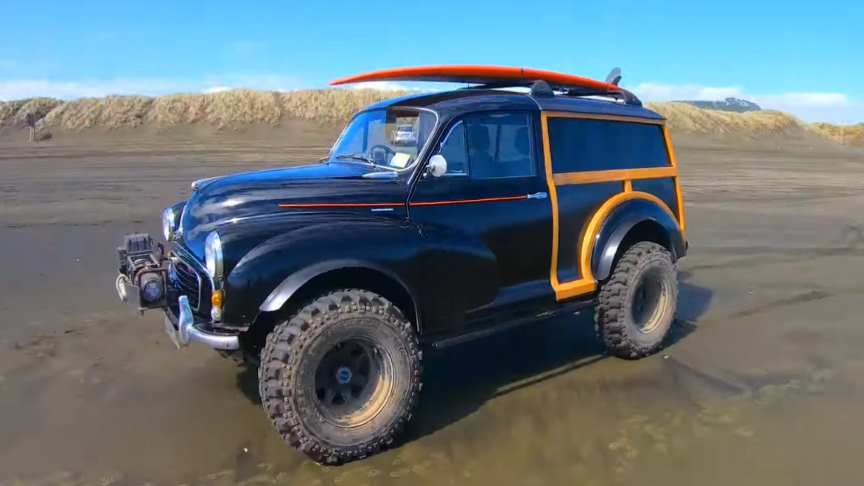 Shane Armitage has converted a 1950s Morris Minor Traveller into a 4×4 off-roading beast that he can take on both roads and sand dunes.

On first look, ‘Woody’ as the car is known, appears to be a British motor corporation classic, but is actually built on a Morris Minor shell and a Suzuki chassis with a second Morris Minor used for donor parts.

Shane, of Muriwai, told Barcroft Studios: “I use it every day, it’s my daily drive but I also really like off-roading. This combines the two together. It’s really cool, two-for-one.”//Barcroft Cars