MOSE Experimental Electromechanical Module is a project intended to protect the city of Venice, Italy, and the Venetian Lagoon from flooding.The Mose is formed by a series of barriers consisting of mobile gates located at the inlets. MOSE is designed to protect Venice and the lagoon from tides of up to 3 metres. 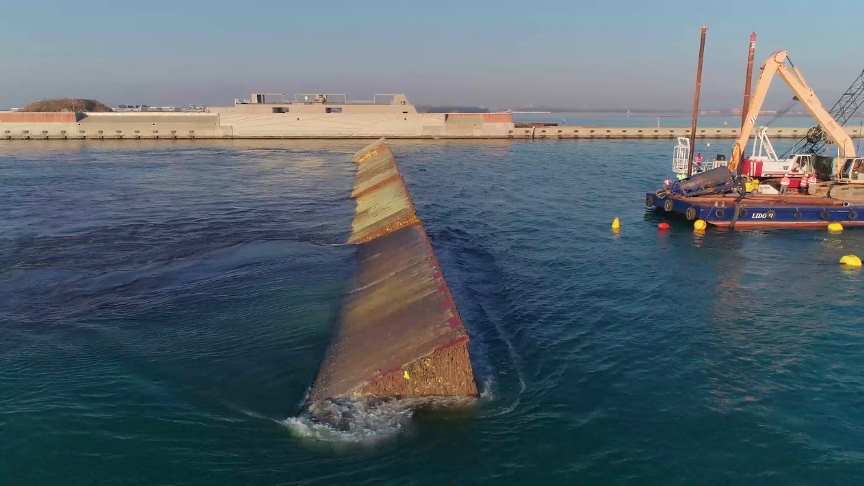 There are 4 defense barriers: 2 at the inlet of Lido (the one closest to Venice which is twice the size of the other two and is made up of 2 channels with different depths) which are respectively composed of 21 gates and one in the north channel of 20 that in the south channel.

The basin, protected by the outer cliff that creates a calm water basin sheltered by the waves, is located on the south bank of the mouth and has a useful length of about 370 m and a width of 48 m.

The aim of MOSE is to protect the lagoon, even if the most pessimistic hypotheses are proven true, such as a rise in sea level of at least 60 centimetres (24 in).