The Consulier GTP is an American sports car that was produced by Consulier Industries between 1985 and 1993 and successfully used in professional racing. 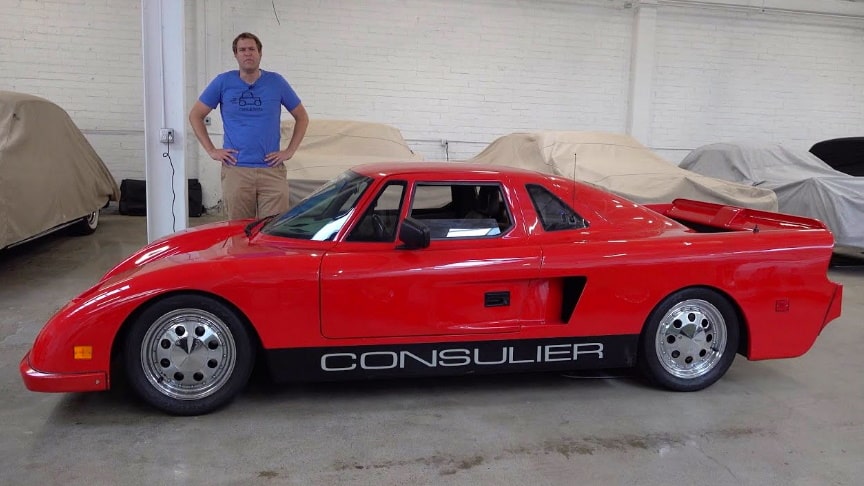 The second series made use of the improved Turbo III version of the same engine, which produced 190 hp (141 kW) and had a top speed of 155 mph (249 km/h).The chassis was a unique fiberglass-and-foam monocoque, the first carbon fiber and Kevlar-bodied vehicle ever to go into production with no structural metal in the body./Doug DeMuro