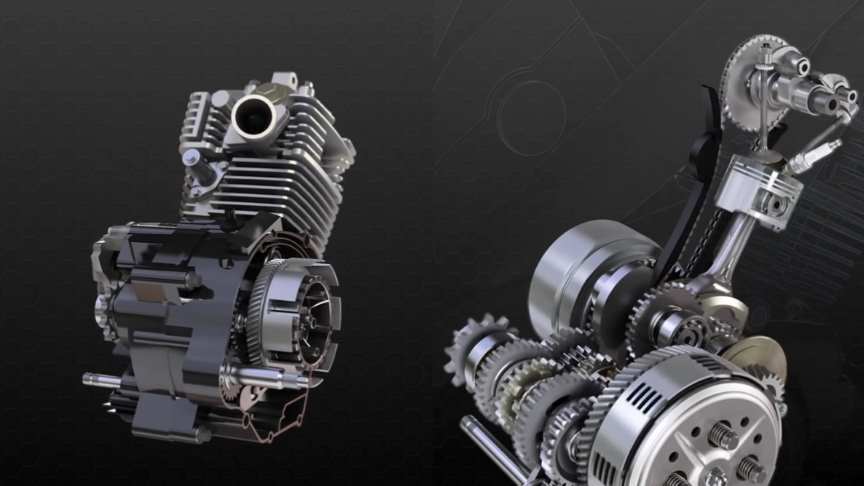 The piston make two complete passes in the cylinder to complete one operating cycle. An operating cycle requires two revolutions (720°) of the crankshaft. A 4-stroke motorcycle has a more compact and complex design that relies on the same oil to lubricate the engine, clutch and gearbox.

Fuel economy is better in four-strokes due to more complete combustion of the intake charge in four-stroke engines.A motorcycle engine normally drives the rear wheel, power being sent to the driven wheel by belt, chain or shaft. Most engines have a gearbox with up to six ratios. The rider changes gears on most motorcycles using a foot-pedal and manual clutch, but early models had hand-levers./wikipedia