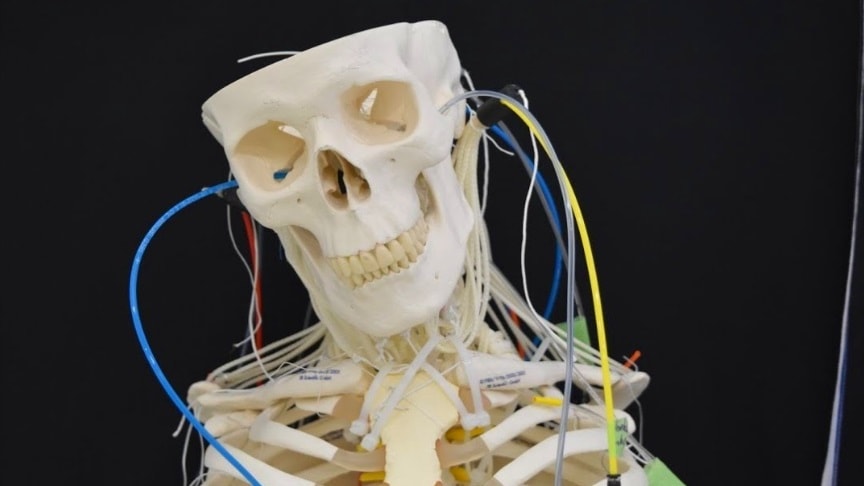 The main structures of the human neck anatomy in terms of bones, ligaments and muscles are identified.We tried to mimic each of these structures.As you can see in the above below, the motions are similar to those of the human neck.

To eventually create humanoid-looking robots like the Terminator we need to mechanically replicate every part of the human anatomy—starting with the muscles.

Basically, the fake muscles can contract and expand similar to a real human’s movements thanks to the electrical current, even enabling the skeleton’s head to move around realistically.

The artificial muscles are still considerably slower than the biological versions that inspired them, making self-balance all but impossible at this stage. Like real human muscles, the multifilament bundles contract and expand when an electrical current is applied, and by controlling different groups of these muscles at different times, the skeleton’s arms, legs, and head can all be made to move similar to how a real human can.