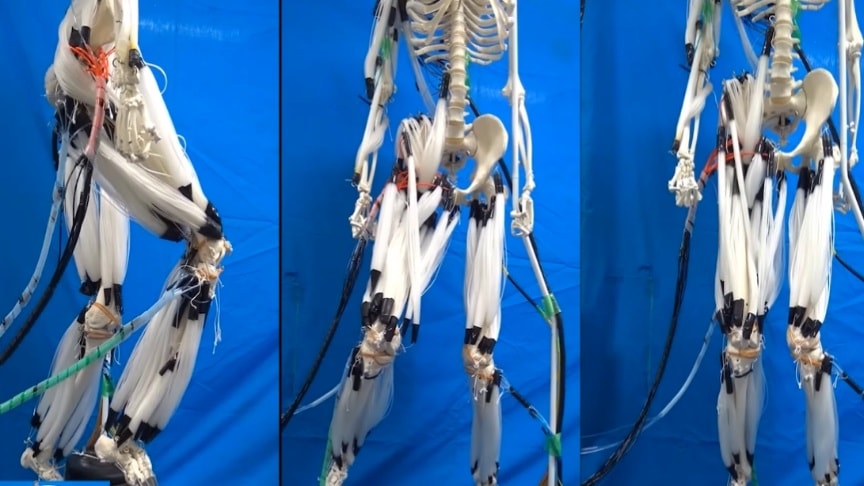 Basically, the fake muscles can contract and expand similar to a real human’s movements thanks to the electrical current, even enabling the skeleton’s head to move around realistically.

Like real human muscles, the multifilament bundles contract and expand when an electrical current is applied, and by controlling different groups of these muscles at different times, the skeleton’s arms, legs, and head can all be made to move similar to how a real human can.

At the moment, the Suzumori Endo humanoid can’t support itself, but the robot’s legs do contain the exact same number of muscles that a real human being’s legs use to walk.The researchers hope that as technology advances and the musculoskeletal robot progresses, it will eventually be able to walk on its own and self-balance.