Testing the potential of solar batteries toward CO2 emissions reductions in the transport sector.NEDO, Sharp Corporation (Sharp), and Toyota Motor Corporation has announced plans to test concept vehicles based on the Prius plug-in hybrid with integrated solar panels together with the research and development organization NEDO and the battery manufacturer Sharp starting at the end of this month. 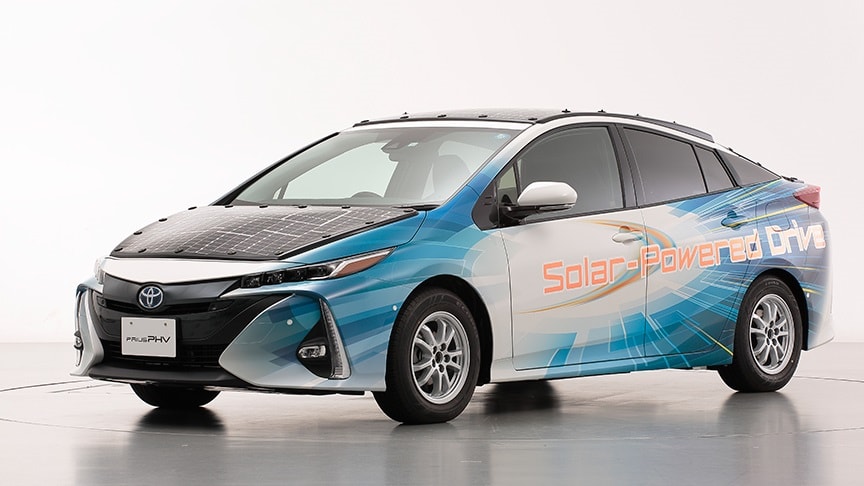 To facilitate the execution of this trial, Sharp modularized its world-class, high-efficiency solar battery cells*1 (conversion efficiency of 34 percent-plus*2), previously developed for a NEDO-led project*3, to create an onboard solar battery panel. Toyota installed this panel on the roof, hood, rear hatch door, and other parts of its “Prius PHV” and produced a demo car for public road trials

The solar cell modules will be installed on the roof, hood and tailgate of the Prius PHEV. The integrated solar panels are designed to improve the range and fuel efficiency of the compact model.Over the entire area, the solar power system is to have a rated an output of 860 watts. Compared to the Prius plug-in hybrid currently on offer, which can optionally be ordered with a small solar power system, the output is 4.8 times greater. 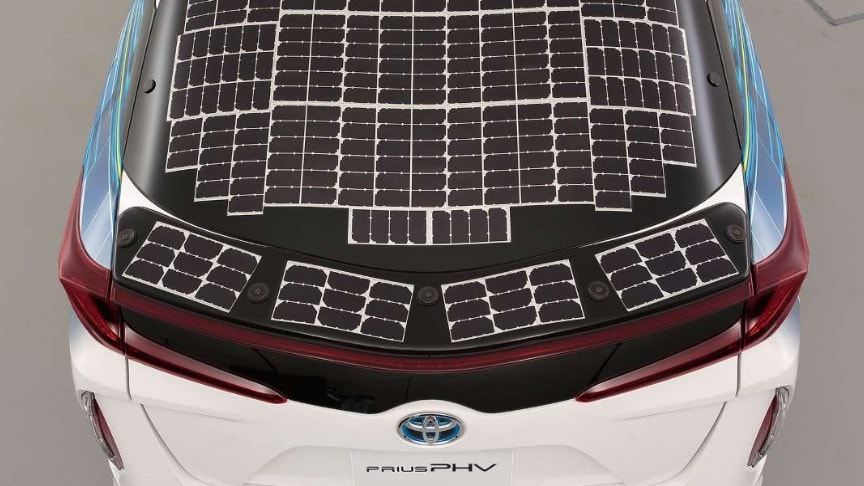 Toyota hopes that this will result in longer ranges in electric mode. However, the standard consumption of the Prius-PHEV is already 7.2 kWh/100 km – during the journeyThe test will take place in Japan, for example in Toyota City, Tokyo, but also in other regions. The two project partners hope to simulate different conditions.