The Sukhoi T-4MS Dwachsenotka was a strategic bomber project from the late 1960s, which was abandoned in favor of the Tu-160. “MS” stands for “Modernized Strategic” version.In 1970, the designer Leonid Bondarenko proposed a new concept with a flying wing with short swing wings. 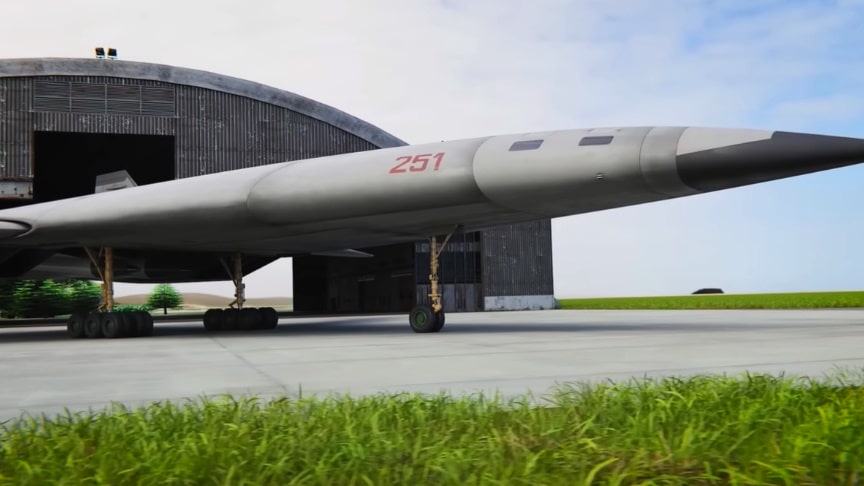 The “200” design, with a significantly larger load capacity in the fuselage than the T-4M and a low radar cross section , showed a glide ratio of 17.5 at M =0.9 and 7.3 at M=3 in the wind tunnel.The engines are mounted in two nacelles on the outside of the airframe. The swivel wings have a span of 27 meters with a maximum sweep of 72°.

This sweep is used in high-speed and low-level flight to reduce drag and gust load. The minimum sweep is 30°. The avionics , the main element of which was the “Ocean” radar, as well as armament and engine of the “200” were identical to the “100”. The retractable landing gear was to consist of two main landing gears, each with twelve wheels, and a nose gear with twin tires, and be suitable for use on unpaved runways.

The maximum speed should only be Mach 2.2 and the intercontinental range should only be achieved at subsonic speeds.In late 1970, the T-4MS project reached its final form and was judged by the Air Force to be a superior design to the M-20. However, an official end of the competition was not declared. Sukhoi took over the production of fighter aircraft because of the workloadno longer part, so Tupolev and Mjassischtschew remained as participants.