This is the brand new Lamborghini Huracan Tecnica LP640-2! Let’s take a close look in person at the latest Lamborghini model in detail; exterior, interior and all the specific features to the Tecnica. Plus, an exploration of Lamborghini’s Squadra Corse hall! 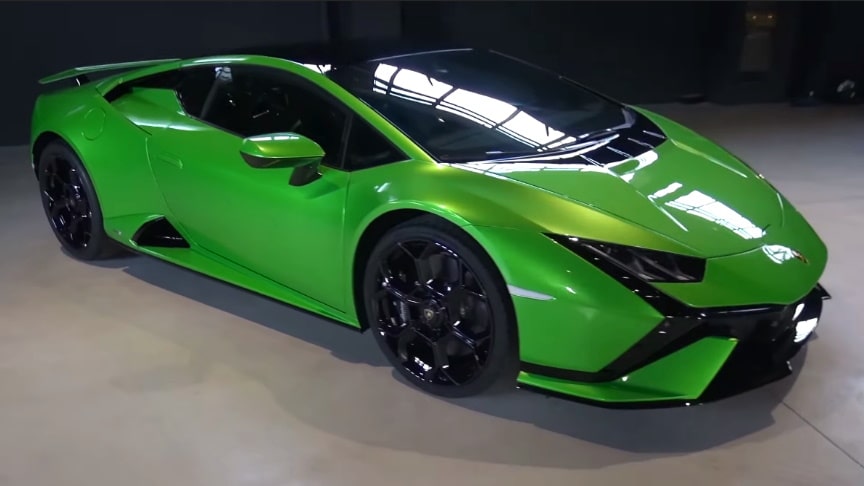 Sitting between the Huracan STO and EVO RWD, the Huracan Tecnica brings a new look to the model, with the STO’s 640hp 5.2l NA V10 making 640hp and 565Nm while mixing in more of the usability characteristics found in the EVO.

Visually, the face has completely changed with elements incorporated from the Sian, part of the few-off series of hypercars while increasing downforce by 35% and simultaneously reducing drag by 20% too.

The Huracan Tecnica offers a carbon fibre bonnet and engine bay cover, and is available with many elements of the STO as options including the full carbon door cards and Sports Seats. However, there’s a lot to show so let’s explore it in detail as well as taking a walkaround of the fabulous Squadra Corse display including a number of the Essenzia SCV12, Huracan racecar and other models, plus the added bonus of one of the Modena Racing Lamborghini F1 cars!/Shmee150