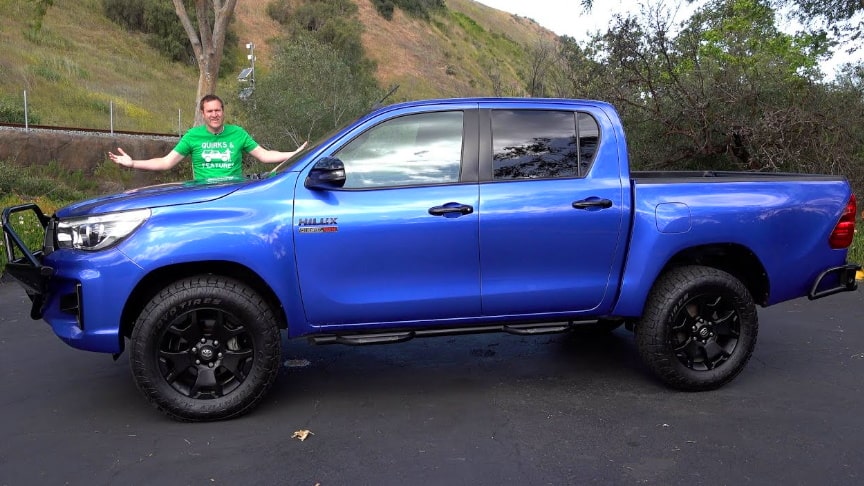 The power and torque figures for 2.8-litre 1GD-FTV diesel engine has been upgraded to 150 kW 201 hp and 369 lbf⋅ft in automatic transmission, while its 2.4-litre counterpart, the 2GD-FTV diesel engine received a higher-pressure common-rail fuel injection system, along with optimised pistons, piston rings and an uprated alternator to better handle heavier workloads.

Dampers on the 4×4 and 4×2 high-riding versions of the 2020 facelift Hilux have been revised for improved ride comfort with less vibration, particularly with less payload.

Leaf spring bushings have been updated for better comfort on rough roads, as well as steering response during cornering and lane changes. A self-lubricating rubber for the rear shackle bush is also added for better ride comfort./via: wikipedia