This is the Novitec 812 GTS N-Largo, one of the wildest supercars ever! Limited to just 18 units, the N-Largo is wider, meaner, louder and absolutely bonkers. Let’s check out the modifications, go for a first drive, and experience the best sounding V12 ever! 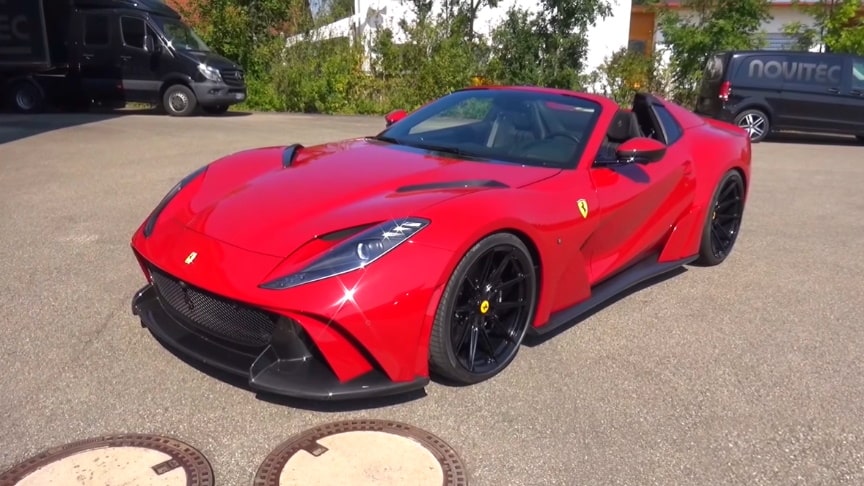 It wears a body that is 7cms wider at the front, and a whopping 14cms wider at the rear, consisting of new bumpers, fenders and more parts. It’s riding on new springs and wearing large 21″/22″ wheels, and features a bespoke exhaust system to match the looks. With sports cats and a new set up, it allows the Ferrari’s 6.5 litre NA V12 to absolutely scream away, with a shift sound unlike any other!