Yet another motorcycle manufacturer with its roots in the bicycle industry, NSU built its first powered two-wheeler in 1900. Proprietary engines were used initially, but within a few years NSU was making its own power units and was one of the first manufacturers to fit two-speed transmission. The marque established a strong presence in the UK market, ranking second only to Indian among imported makes prior to WWI. 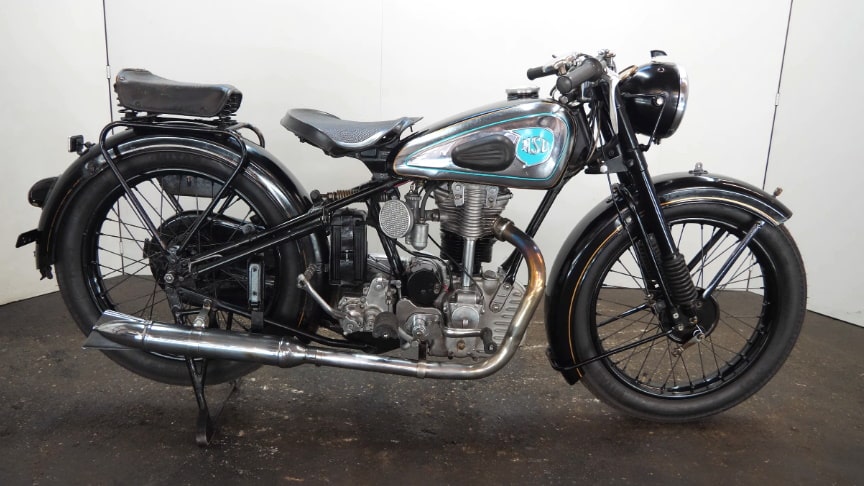 NSU recommenced motorcycle manufacture at the end of The Great War and rapidly returned to full production. In 1929 the German firm succeeded in recruiting designer Walter Moore from Norton. Moore had been responsible for Norton’s first successful overhead-camshaft-engined machine, the CS1, so it came as no surprise when distinctly Norton-esque ‘cammy’ NSU Super Sport models appeared a short time later.

In 1932 NSU introduced the Moore-designed ‘O’ series of overhead-valve singles, which would form the mainstay of production in the mid-1930s. However, it was not for his contribution to the design of its medium and large-capacity four-strokes that NSU had most reason to thank Moore, but for his 98cc two-stroke ultra-lightweight Quick, almost a quarter of a million of which were manufactured between 1936 and 1953.

This 351 OT offered here is a rare machine from post-war production which was only intended for export. The original type plate with the associated numbers of the frame and engine is on the bike. The machine is ready to drive and has a full registration document from Germany.//classic-motorcycle.com