This aircraft design was so powerful, it could drag two fully loaded c-5 galaxy aircraft around the world. It would allow unmatched military transportation and thanks to its nuclear reactor, would make jet fuel obsolete. This was the Lockheed Nuclear Tug and it planned to change aviation forever – but it was never built and today, all we know are rumors. 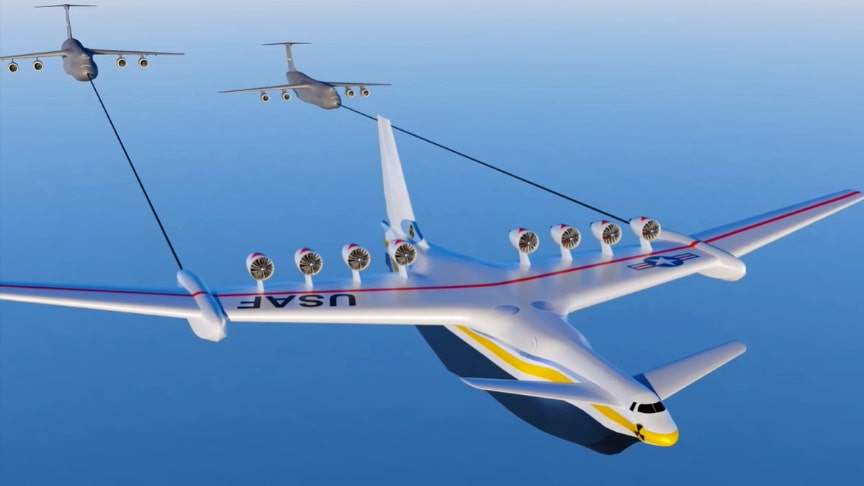 The US military had a problem in the late 70s. They needed to keep their many overseas bases supplied, and needed rapid deployment of home-based soldiers.They used a world-spanning network of aircraft and ships, but this was rather inefficient and cost billions to operate. So thinkers got to work on a new solution and stumbled upon the idea of using a system of tugs to move heavy cargo in the air.

The nuclear-tug design shown here has a gross weight of 2 million pounds or 900,000 KG; of which, 40 percent would be the reactor. The plane would be a seaplane, giving it the flexibility to land at any port in the world, and would fly only over water. If it were to fly over land, the design would have to include protection for the reactor in the event of a crash, entailing a heavier weight penalty. By being a seaplane, the reactor shell could be much thinner.

Once up in the air, the tug would be able to drag two Lockheed C-5 Galaxies over any ocean at cruise speeds. It would connect to them via long cable that would allow the C-5s to glide outside of the wake of the plane – something that would require complex wind tunnel studies, and tap into the power supply of the plane. Once arriving at the destination, the tug would disconnect and return home, with the C-5 galaxies full of fuel and ready to move onwards. Alas, there are a few good reasons why this aircraft was never built. For one, the nuclear technology was nowhere near ready for such an application.//via/read more: Found And Explained