Architects Matteo Pinto and Carolina Cisneros wanted to create a houseboat to live on in the summertime in New York City. The owners of Marina 59 in Far Rockaway, Queens had given them the space to build something (they paid the slip fee). 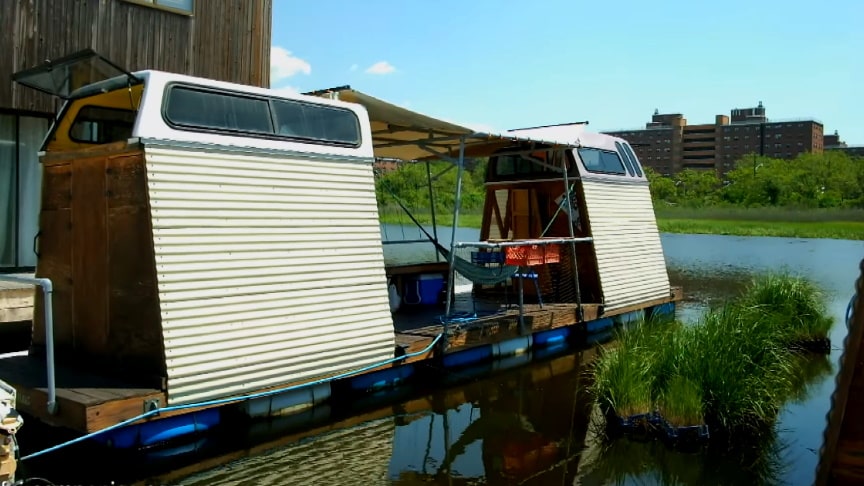 Inspired by the hundreds of used truck caps they saw for sale along the highways of New Jersey and New York, they decided to build a floating home using a cap as a prefab roof complete with windows and screens.

They built four: one for themselves, for their partners (and friends) who had inspired the project, and two extra to rent out to help pay for the adventure. Dubbing it “Truck-A-Float”, each pod has a sleeping platform with a full-size convertible sofa bed (an IKEA hack), a small closet, and a compact flip table as a very limited kitchen (coffee pot and kitchenware).

Each floating shelter is named after its truck parent: the Century Horseshoe, the GMC Diamondback, the Jeraco Barnacle, and the Jeraco Swan.Pinto and Cisneros run the design/art firm ComboColab together and say perhaps one day they will build other truck-capped shelters on lakes, in trees, etc.//Kirsten Dirksen