The businessman Siegfried Bettmann, born in 1863, emigrated to England in 1884, where he founded a factory for bicycles, which would later become the Triumph Motorcycles company. In 1896, Bettmann founded a subsidiary in his hometown of Nuremberg together with investors from the famous trade and industry, which started producing bicycles in 1897. 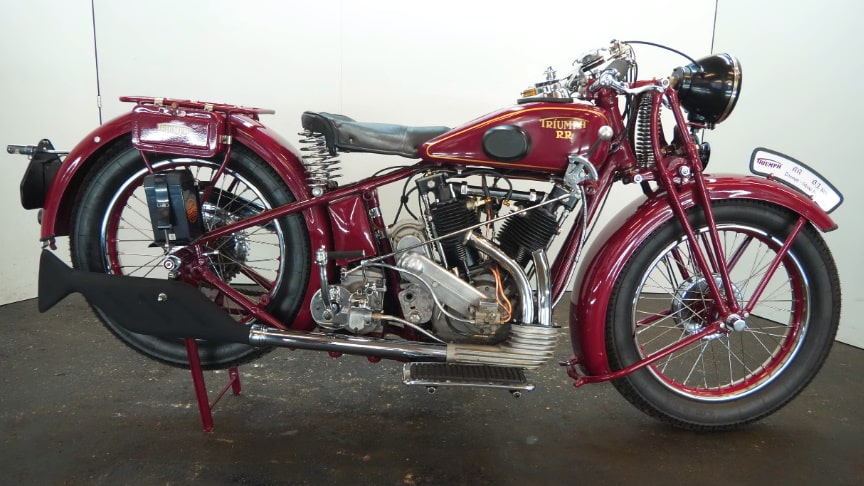 In 1911 the company name was changed to Triumph Werke Nürnberg AG (T.W.N.), in 1913 the parent company in England was separated. Motorcycle production resumed in 1919 with the Knirps model, whose two-stroke engine was copied from the English Triumph Junior.

A total of 6 pieces of this model were made. There are pictures from the RR 1000 sales brochures. The motorcycle was found disassembled in a barn in Potsdam, Germany in 1989 and has found a new home in Thüringen, Germany.

A restoration was worked on there until 2018. This Triumph is the last original known to have survived and is equipped with a Bosch horn, Bosch lighting system, Hurth gearbox, Hajot Triplex oil pump, fuel gauge, clock, speedometer, Graezin carburettor and the powerful 1000cc MAG engine.via/read more: classic-motorcycle.com