Terrot was a motorcycle manufacturer in Dijon, France.Charles Terrot and Wilhelm Stücklen had founded a machinery factory in Cannstatt, Germany in 1862, and Terrot added a branch factory in Dijon in 1887, and in 1890 the Dijon factory added bicycles to its products. 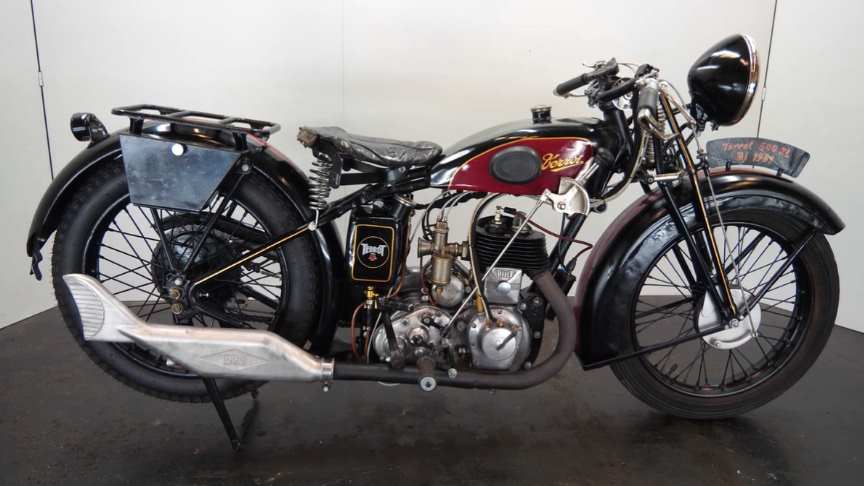 From 1926 Terrot added a four-stroke engine of its own design and expanded its range, with French racing championships in the early 1930s demonstrating their capabilities. After again supplying bikes for the French World War Two effort, Terrot was bought out by Peugeot in 1958.

This sturdy side valve bike is an older restoration with a fine running engine. Recently the engine has been checked and got a new piston, the cork clutch linings gearbox has been replaced. The sound of the exhaust is very powerful.via/read more: classic-motorcycle