DKW was founded in Zschopau in 1919 by Danish engineer Jorgen Rasmussen and built its first motorcycle power unit, a single-cylinder, clip-on engine for bicycle attachment, in 1921. Designed by Hugo Ruppe, this 122cc motor was a two-stroke, and DKW would remain faithful to this engine type from then on, becoming world leaders in two-stroke design in the 1930s thanks to the prescient adoption of the Schnuerle loop-scavenge system.// classic-motorcycle.com 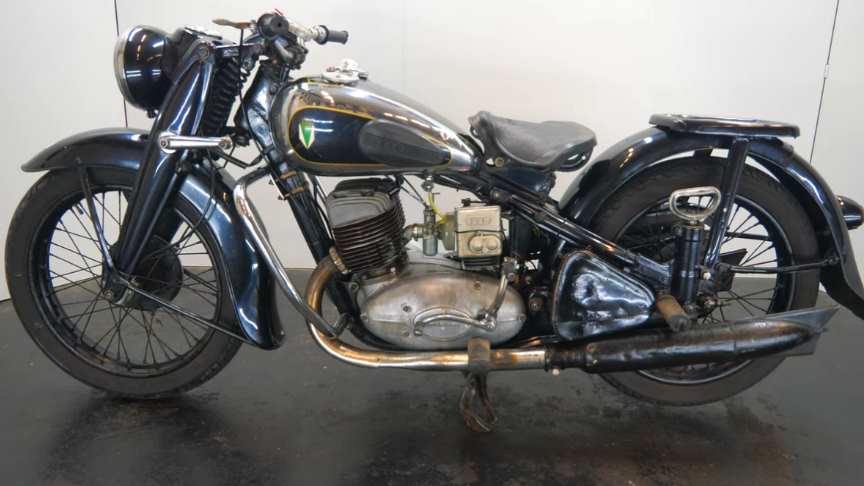 DKW was Continental Europe’s largest motorcycle maker at this time, manufacturing a huge and diverse range of road bikes during the 1930s, the NZ500 being one of the fastest and most powerful.

An air-cooled twin of advanced design featuring swinging-arm rear suspension, the NZ500 employed engine dimensions of 64x76mm bore/stroke (for a capacity of 489cc) and produced 18.5bhp. Representing the pinnacle of pre-war DKW motorcycle design, approximately 4,200 of these rare and desirable models were made between 1939 and 1942, almost all of which were supplied to Hitler’s SS.via/read more: classic-motorcycle.com