Nimbus was a Danish motorcycle produced from 1919 to 1960 by Fisker and Nielsen of Copenhagen, Denmark, also manufacturers of “Nilfisk” brand vacuum cleaners now Nilfisk. Two basic models were produced, both with a 750 cc four-cylinder engine. 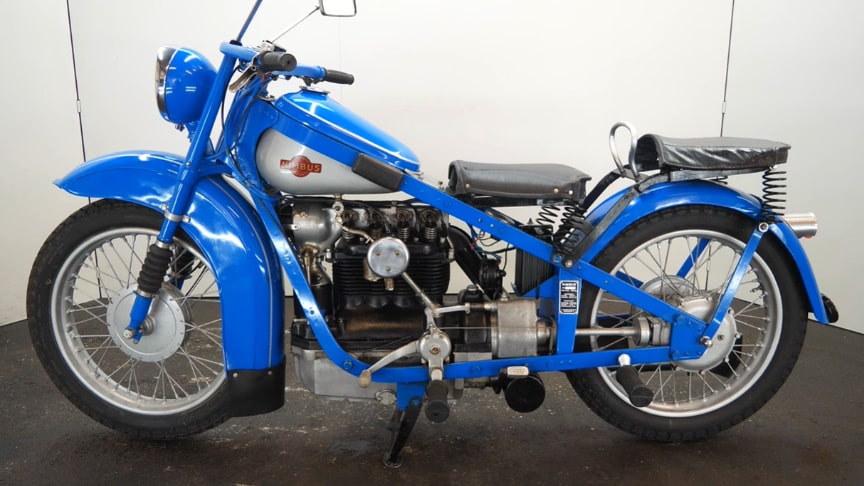 With his son Anders, Fisker started designing a new machine in 1932 and in 1934 they demonstrated a new Nimbus motorcycle, the Type C. It retained the shaft drive, a completely redesigned ohv and ohc engine of 18 (later 22) hp.

And a frame made from 40mm X 8mm steel flat bar using riveted construction. The frame was shaped to go around the fuel tank, much like the pressed steel frames on several other motorcycles of the period, e.g. Zündapp. Front suspension was by telescopic fork.

The first customer received his Type C in the summer of 1934 and thanks to an efficient dealer network, the Bumblebee soon became the best-selling motorcycle in Denmark. The Danish Post Office, Army and Police purchased substantial numbers of this model and in 1939 as war loomed, the Danish government spent DKK 50 million on motorising the army and many Type Cs were included in this expenditure./wikipedia