Few marques have achieved so fine a competition record in so short a time as Mondial, the Italian company’s period at the very top of Grand Prix racing encompassing the years 1949-51, plus a gloriously successful comeback in 1957. F B Mondial was founded in the aftermath of WW2 by the Boselli family, whose first venture into powered transport had been with the F B (Fratelli Boselli) three-wheeled delivery van in the 1930s. 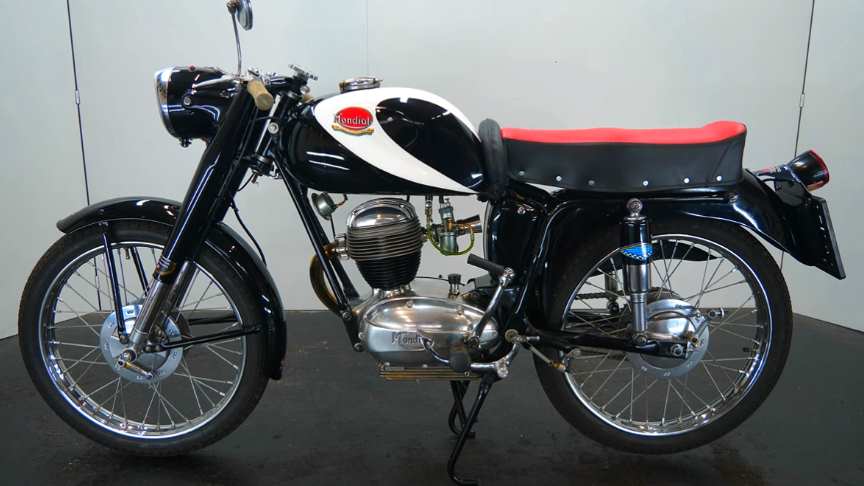 The name ‘Mondial’ first appeared on a motorcycle in 1948, when the Boselli brothers introduced a revolutionary double-overhead-camshaft 125cc racer.classic-motorcycle.com

Mondial’s miniature masterpiece duly brought the Bologna manufacturer its first World Championship the following year and proved equally dominant in 1950 and ’51.After a relatively lean spell, Mondial returned to Grand Prix glory in 1957, taking both the 125cc and 250cc World Championships.

Not surprisingly, Mondial’s passion for racing rubbed off on its road range, which was exquisitely engineered and beautifully constructed in a manner unmistakably Italian. In the 125cc class there were three variants were offered: Turismo, Lusso, and Special.This Mondial has been restored recently to high standard.via.read more: classic-motorcycle.com