Miguel Valdivieso wanted to preserve the old well and cistern on his family property by turning it into a home. Working with his nephew, architect Alejandro Valdivieso, they built bedrooms inside the old water tank and placed a wooden prefab – that went up in a week – on top to house the living room and kitchen. 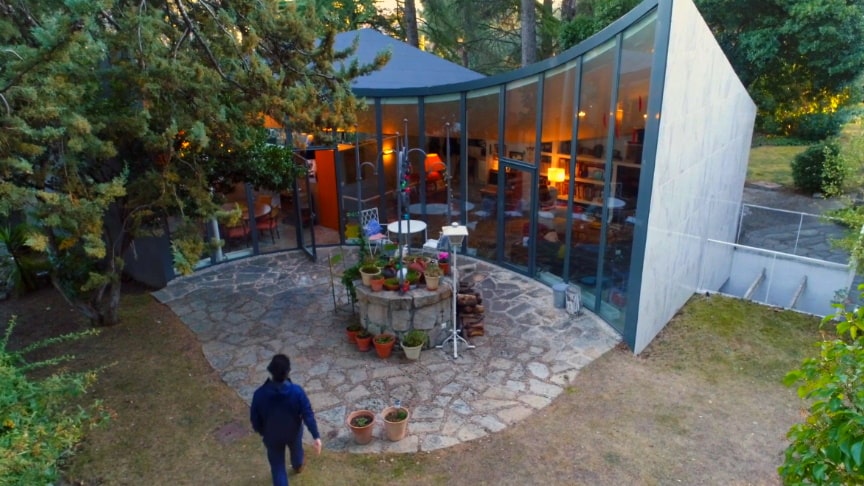 The well became defunct in 1955, but was turned into a storage room for over half a century. To preserve as much of the structure as possible.

The Valdiviesos simply cut a door and windows into the cistern for the bedroom and bathroom spaces and encircled the well with a curved floor-to-ceiling glass façade that houses the open-plan public living spaces. Even the former patio is preserved as a raw stone floor of the dwelling.

“Casa Aljibe” – “Cistern House’ – sits on the family property next to the homes of Miguel’s siblings so while he has privacy in the downstairs “water tank” portion of his home, his upstairs is completely transparent and open to family visits.//Kirsten Dirksen