Watch the incredibly rare moment as a lioness, hoping to feed her cubs, single-handedly tries to take down an elephant! This incredible video was shared with us by 28 year old film maker – Samuel Chevallier who is a part of the African Bush Camps film team called Rewild. 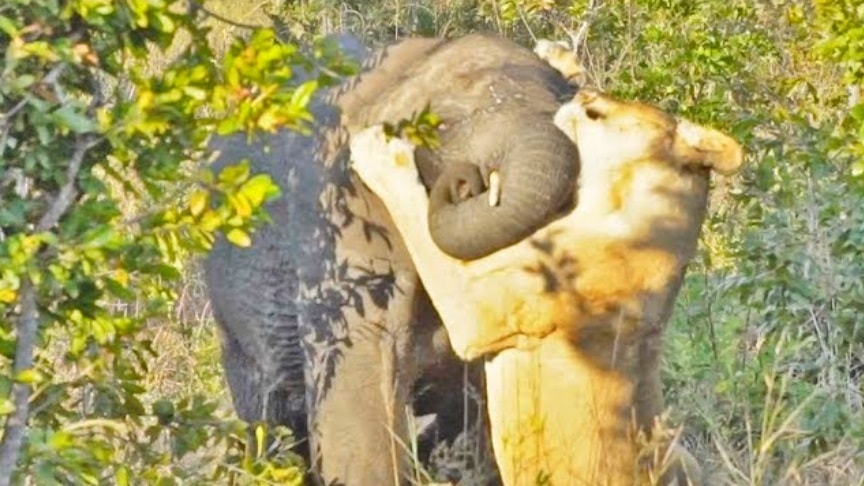 It was said that this sighting was an intense moment to witness and that capturing this event was a once in a lifetime experience for this guide. We asked Samuel to tell us more about the experience and what led up to this breath-taking moment and in his own words, he told LatestSightings.com his story:

“The early morning light broke and we were happy to find that they were still resting in the same place.”The group watched the lions for a short while when the mother got up and moved her and her cubs through the bush. “Slowly we pursued them to see what they were up to and after some time, the mother headed into the thicket. The next thing, all we heard was the screeching sound of an elephant!” said Chevallier.