The OpenSky M-02J is a Japanese jet-powered glider inspired by the Möwe aircraft flown by the protagonist in the Hayao Miyazaki anime Nausicaä of the Valley of the Wind. 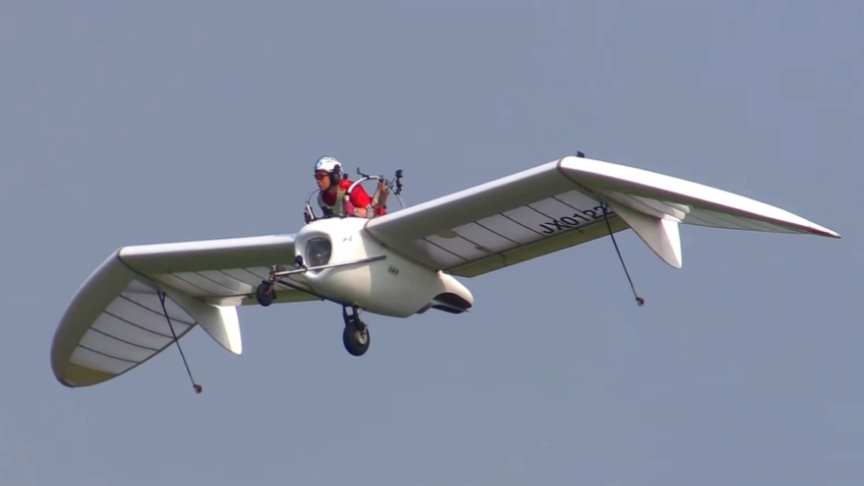 It is a tail-less design intended to be powered on take off and climb for a duration of 10 minutes, then flown unpowered as a glider. The whole thing is over 30 feet wide and nearly seven feet long, and offers a top speed of 124 mph

As of June 2006, two aircraft prototypes have been constructed, and one has successfully completed a series of 10 unpowered test flights where it flew 98 meters and achieved an altitude of 4 meters after being tow-launched by a tensed elastic cable.

The project is led by artist Kazuhiko Hachiya and design by Satoru Shinohe and manufactured by Aircraft Olympos. The Jet engine installed version, M-02J, had public demonstration flight in June 2016 at Takikawa, Hokkaido./wikipedia