For over 20 years, Pioneer Aero Limited, based at Armore Aerodrome in Auckland, have been one of New Zealand’s (and the world’s), foremost restorers of Second World War aircraft.In this video Paul McSweeny, the director of the company, discusses the Bell P-39 Airacobra restoration that Pioneer is on the verge of completing for Jerry Yagen’s Warbirds Aviation Museum in Virginia Beach USA. 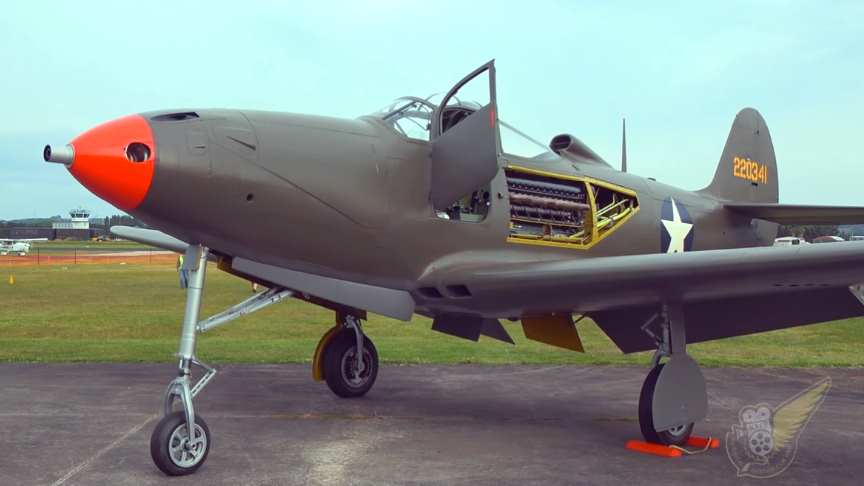 Once this aircraft flies it will be the third airworthy P-39 in the world, making it one of the more rare WW2 fighter aircraft types.Paul also discusses some of the other restoration projects the company has underway at the moment, including another couple of P-40 Warhawks/Kittyhawks.

These projects mean that Pioneer Aero will soon be responsible for restoring almost a third of the worlds population of 32-33 airworthy P-40 fighters — a remarkable feat in itself.

In addition to the P-40’s, Paul briefly talks about the de Havilland DH.103 Sea Hornet and Vought Kingfisher projects that the company is also soon to embark on.via/read more: Historical Aviation Film Unit